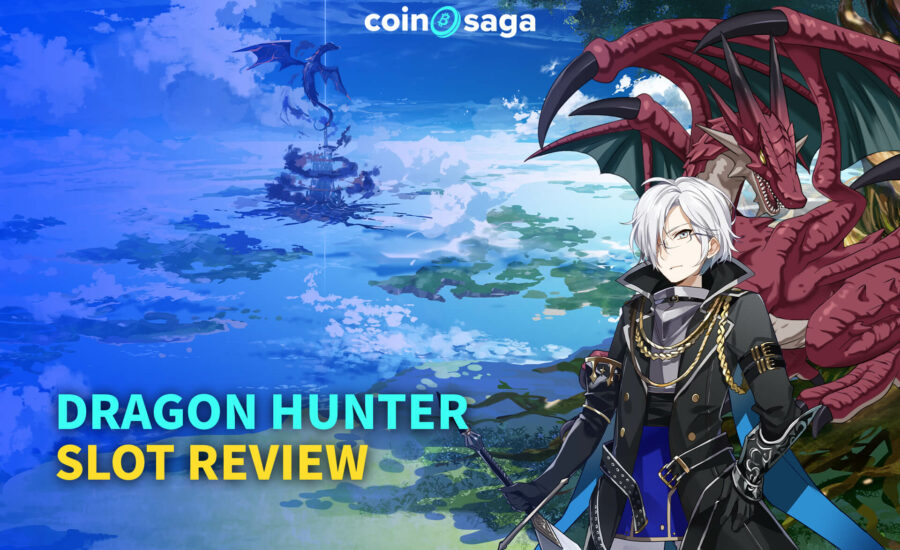 The Dragon Hunter Slot was developed by the Japanese software company Ganapati. At first launch, players will immediately notice the difference in style. This classic looking game was designed with simplicity in mind, but don’t make the mistake of thinking that the game is not equipped with a variety of interesting features and a lot of winning potential. The theme of Dragon Hunter is an anime-type cartoon featuring animated characters and several different dragons. The reels are spinning in the blue skies of Japan, accompanied by dynamic music.

The game layout is made up of 5 reels placed in 5 rows. The aim of the game is to land 3, 4, or 5 symbols of the same type in a horizontal or vertical order to receive payouts. The Dragon Hunter Slot Game doesn’t have the usual paylines. Instead, it uses cascading win options. When the player receives a payout, the winning symbols are removed from the reels and replaced by new symbols that come into play.

The players will see three gauges below the reels that fill up with every winning combination. When they are full, they will award bonus features. These include Multiplier Wins, Repeater Wins, Sticky Wilds, Expanding Wild Symbols, and a unique Dragon Fight game.

Certain symbols in the Dragon Hunter Slot Game will have either a blue or a red crystal attached to them. When these symbols become part of a payout, they will fill up the corresponding gauge below the reels. There are 3 different gauges: A blue, a red, and a yellow spiral one. Each of them activates different bonus features.

When the Blue Meter is full, it will trigger a guaranteed multiplier win in the next spin. Multiplied wins of 2 – 20 x are possible. A full Red Gauge activates a repeater feature, where your wins will be repeated in the next 3 spins. All the winnings are then added to the total win amount.

The Yellow Spiral Gauge fills up with every winning combination. When the meter is full, a Feature Spinner appears on the screen. The Spinner will award players with one of the following bonuses:

There is a total of 15 symbols with various payout potential in the Dragon Hunter. The D/H symbol is the highest paying one. If the player aligns 5 of these, he is guaranteed a win multiplied 500 times his wagered amount. Payouts to a maximum of 20.000 coins are possible. 3 dragon symbols are next in line when It comes to winnings. The biggest wins that can be triggered with them are 2.000, 1.200, and 600 coins, respectively. The rest of the symbols that can be found on the reels are standard alphabetical letters, numbers, a male and female anime character, and the Dragon Hunter Slot Game logo.

The betting preferences in this Casino Game are located at the bottom of the screen. The betting range can be adjusted from 0.10 – 40 coins per spin with help of the +/- buttons on the left. To spin the reels, a click on the round Spin button in the middle will suffice. At the bottom right of the interface, you will find the Auto Play feature. Set your betting limits and pick the total number of Auto Spins before you continue.

In the top right corner, just above the first row of symbols, there is a button to turn sound on and off. Next to it, we find the button that displays the rules of the game, bonus features, and payout instructions. The game interface isn’t that big, therefore activating full-screen mode is a recommended step.

The Dragon Hunter Slot Game is most certainly a unique game you won’t come across that often. But the cascading gameplay is easy to get used to, and it reminds us of the Birds Slot Game. Once those blue, red, and yellow meters fill up, the real fun begins. The Dragon Fight Bonus game was a pleasant surprise and awarded us with a decent cash prize. See if you have what it takes to master the dragons.