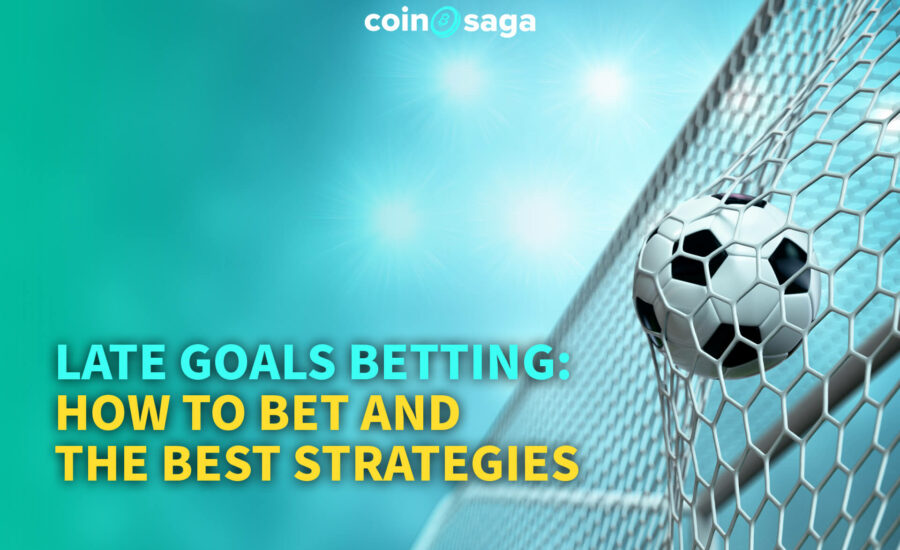 Late Goals Betting: How to Bet and the Best Strategies

If you are thinking to place a bet on late goals the first thing you need to do is check the statistics. As a matter of fact, a high portion of goals are scored in the last fifteen minutes. For example, late goals stats from the English Premier League shows that around 25% of all goals are scored after the 75th minute. This percentage is similar to most top European leagues, where a large number of late goal bets are placed. You should study the goal time distribution from these leagues, especially how many goals are scored in injury time and which club show a late goalscoring ability.

Most advanced bettors follow the idea that late goal betting is something that can be expected and they put in place strategies to cash out or cover bet.

There’s an explanation behind this, statistics help a lot but the pressure on the favourites to score a winning or to draw a match, physical fatigue from underdog players, or a lack of defensive mentality which leads numerous counterattacks and inevitably more goals all have a part to play.

This strategy is useful when betting in-play, with constantly increasing high odds, and it works in some cases when:

· Matches are currently a draw, where both teams need to win for ranking or qualification purposes.

· When the underdog is leading or is holding on to a draw. In this case, the favourite is forced to push forward with all its players to attack, and quite often find a goal.

In any case, the best late goals betting advice is not to place a bet prematch, most online bookmakers offer some late goals betting options even in pre-match odds, but in most cases they are not attractive and the odds are very low.

Moreover, if you choose to bet prematch, you are practically betting blind. You cancel your main advantage of watching how the match is going and place a bet when the odds have high value.

Some smart tips for the late goals betting market:

Here are some tips you should have in mind before placing your bet on the late goals betting market:

· Focus on matches where both teams have the ability and a high level of motivation to score. Don’t expect that only the favourite will score, even if it seems an obvious outcome. Even if the underdogs have dropped to their own half, they can always make a surprise counter-attack and score.

· Check out the general league stats: how have both teams performed in the last six matches? How often do they score or concede goals in the last minutes? How many goals are usually scored in their matches? These stats have a statistical tendency to repeat and can help your bet.

· View the current match stats, if available. How many shots on target do both teams have? Having two teams that play open and attractive football (Manchester City, Borussia Dortmund, or Sassuolo in Italy) doesn’t necessarily mean that they are able to score many goals. You need players who are confident enough to try to hit the target.

· Find local derbies (i.e. Celtic-Rangers) where many goals have been scored historically. Even if a team is leading 3-0, this doesn’t mean they will try to keep the ball and waste time. They will try to score as much as possible, while their opponents will do everything possible to limit a heavy defeat.

· Always be informed about a match’s backstory. If it is the second leg of a cup tie or a European competition match, it is possible that the home team needs desperately to score two or three goals. Also, pay attention to matches that precede an important match, such as a league game before a UEFA Champions League. In this case, the favourite will most likely try to secure the match early on and be calm for the rest of the game. Or, otherwise, start a match with second-string players and then in the last 25 minutes put high profile players on the pitch in order to get a winning goal or earn a draw.

· Be careful of matches where the score remains goalless and you need one goal to get paid. In most cases this won’t happen for many reasons: out-of-shape strikers, stressful efforts from both teams without a clear mind, weak attacking line-ups; all these factors are killing the chances of a late goal, especially if a team is happy with the draw.

· Avoid matches that have drawn the spotlight for all the wrong reasons. A top striker playing against his previous club, a coach returning to a friendly crowd or war of words between two rival clubs. Also avoid matches where the relations between the teams are friendly, especially between national teams.

· Bad weather conditions or a heavy pitch are also a recipe for destruction when looking for late goals. Avoid matches with heavy rain or snow.

· Avoid the punter’s remorse. Sometimes you can lose but you need to always keep focus to find high-value odds. Backing late goals means that losing is a possibility. But if you get high-value odds in the medium to long term you will be rewarded.