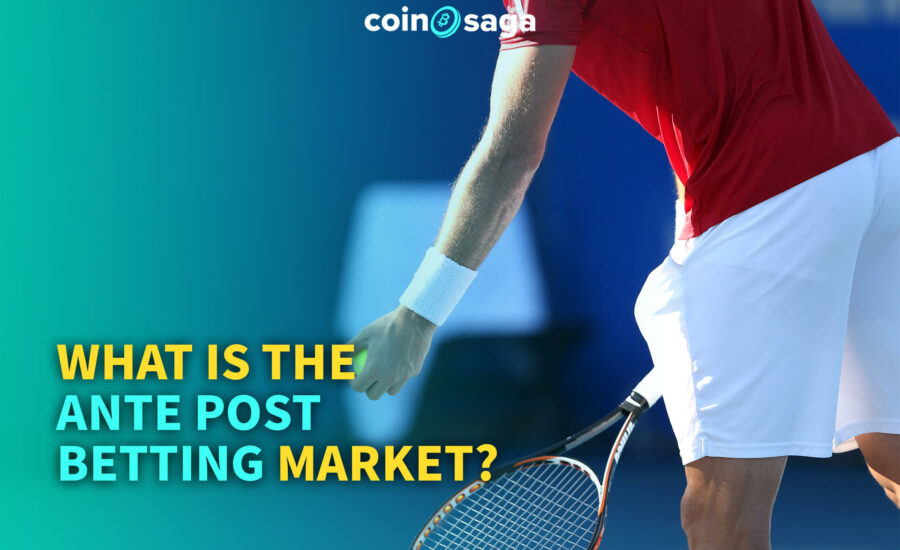 The term ante post derives from Latin and means ante “before” and post “after”, so ante post is a betting market for future long terms bets i.e. on tournaments (Wimbledon), leagues (Premier league) or cup competitions (Champions League), overall winners, group winners, leading scorers and so on.

You can place ante post bets on a wide range of sports. Online bookmakers offer ante post odds on nearly every football league. For example, for the Premier League, you can find odds on the next winning team, or even which teams will qualify for the Champions league or which manager will be the next to be sacked! You can also place bets on teams to be relegated or even on the leading scorer of the league.

Ante post betting is also available in Tennis, F1, Motorbike racing, NFL and MLB winners, teams to make the Superbowl, or even the NBA regular season and playoff MVP (Most valuable player).

Ante post betting is also available on some non-sporting events, like the Eurovision song contest, all kinds of politics (next president, next prime minister, election winners and losers), even popular TV reality shows such as Big Brother and X factor.

However, ante post betting is really interesting with football summer tournaments. Competitions of less than a month, such as the FIFA World Cup, Euro Cup, and Copa America collect million of bets from punters located in every corner of the world. This is an express ante post betting market, as the duration of the competition and the many special bets offered (for example, betting on group winners) allow you to place an ante post bet and see what will happen within a maximum of one month.

In case you find valuable odds you can place an ante post bet at any time in the season. Some times you can even find some nice odds right before the end of the season.

Our advice is risking a little more at the start of the season to grab higher odds. Before the start of a league, bookmakers offer league winning odds on every team. As the league draws closer to its end, more and more teams are out and the odds of the remaining teams drop significantly.

The cash out is a powerful tool when it comes to ante post betting. That’s because you can decide to exit your bet at any time or when the odd are most valuable.

For example, if you have an inspired choice for the winners of the Champions league you don’t have to wait until the final, you can already earn a profit at the quarter or semifinal stage if your team wins the first leg, because the probability of them winning the trophy will increase, and as such the value of your cash out will too.

Higher odds: Traditionally, you can get much better odds if you bet on a favourite team to win the league compared to a single match. Even absolute favourites in top leagues like Juventus, Bayern, or Monaco are offered at competitive odds at the starting season. If you have a good knowledge of the league and think an outsider might have a chance to win, place a bet.

Get starting odds: It’s one of those rare moments in betting, where you start from the same line as the bookmaker. You make a prediction about what’s going to happen in the coming months, the same way the bookie does. The bookmaker has no numbers, no advantage, no software to help them when they publish their first odds. It’s bettor against bookmaker, and they have to offer the odds.

Take your time: When ante post betting you don’t have any kind of time pressure. It’s best to take your time to think about your next move, whether to cash out or let the bet run for an extra week. You can always check data, odds, and possibilities.

Unpredictability: Nobody knows what’s going to happen in 9-10 months. Ante post betting means that you have to bet on an outcome that will be confirmed quite a long time in the future, where a lot of matches, injuries, suspensions, manager changes, and other decisions can all have a big impact on the final outcome. It’s really hard to make an accurate prediction, you also have to be a bit lucky. You can mitigate luck by always getting the best value bets, which will help to bring you profit in the medium long term.

A difficult up-side-down: If things don’t go right with your ante post bet it becomes difficult to save your amount by cashing out on competitive odds. Thanks to the cash out feature you may reduce a strong loss by cashing out from the bet in advance.

The ante post keys: strategy and instinct: The best advice anyone could give you is to create a mix of strategy and instincts. Ante post betting gives you plenty of time to analyse events and allows you to make a strategy for your bets, but you have to follow your sixth sense on which team has the ambition, skills, and momentum to win.