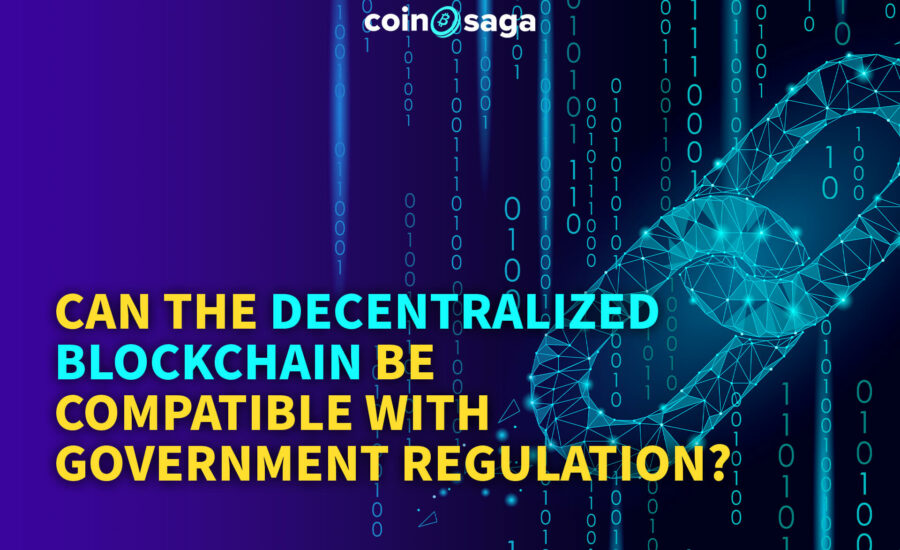 How Coinsaga’s Casino is compatible with government regulation

When the Internet first emerged, people thought it was a truly decentralized thing that could not be effectively regulated. Fast forward 25 years, and although not all areas are regulated, most areas are within the scope of government supervision.

However, at Coinsaga, we believe that it may very likely follow the same route path as the Internet and here’s why…

The blockchain can bring a lot of convenience to our lives, but it has many problems that cannot be solved by itself.

For example, hackers are considered as the predators of the blockchain food chain. That is why many describe them as a “cancer on the blockchain”. At present, it doesn’t matter how successful your business is, if your security is not good enough and you cannot defend against hackers, then you will lose everything you have worked hard to achieve. Sadly, they are almost impossible to eradicate completely because as long as there is code, BUGs cannot be avoided, and there will be hackers who will take advantage. That is why Coinsaga’s development engineers are working hard to provide a “flawless” secure environment to protect whatever cryptocurrency you deposit in your account.

In addition to hackers, the blockchain industry is also faced with the use of Bitcoin and other digital currencies to launder money. These issues cannot be effectively achieved by relying solely on the autonomy of the blockchain itself. The solution also requires government intervention.

Decentralization is a very “big” word. It has many connotations. We don’t make a distinction when we use it in daily life, but if we want to combine the characteristics of decentralization with real-life scenarios, we will understand the details which require us to deconstruct it.

Taking Bitcoin as an example, we can simply deconstruct the decentralization of Bitcoin into two aspects, “power” and “technology”. This aspect of power means that it can exist independently without relying on any central institution. It has a strong censorship resistance, it cannot be completely destroyed or banned. Technology in this regard refers to the blockchain system behind Bitcoin that has the characteristics of verifiability for the entire network.

Bitcoin is a special case, because currency is a very special thing, it rests at the heart of every country. Bitcoin’s successful operation must rely on strong censorship resistance. But in most scenarios in our daily lives we do not need such strong censorship resistance, which means that we do not need its “power” attribute, we only need to use its “technical” attribute. That is, make good use of the “network verifiability” feature provided by the blockchain.

With the verifiable characteristics of the entire network, the Coinsaga Blockchain Casino has a credible system, an immutable database, a platform that can carry a large number of smart contract services, and an ecosystem of deep interactions with each other.

The blockchain behind Bitcoin has a strong anonymity, but large-scale business activities require a certain amount of information disclosure, which is a contradiction.

In reality, as long as you do trades with others, it involves value exchange, therefore you need in-depth cooperation between people and in-depth information sharing, because it will involve the distribution of subsequent rights and obligations. At present, this stage must be supported by the real-ID system. If the entire transaction is anonymous, you can’t find either the buyer or the seller, and you don’t know how to resolve a dispute. How can you do this kind of value-exchange business?

In fact, if you are buying something on Amazon now, you can use a nickname, but when you need to pay, you need to use a bank, the bank card has your real name; when you have to fill in the delivery details, you need to enter your full name and address; when you want to receive the package, you may need to verify your identity. These are all very closely connected.

Moreover, there is no conflict between anonymity and privacy: an open identity facilitates the development of business activities; privacy is a basic right for everyone. You can fully disclose your identity to engage in certain important activities, but you will not give away your privacy. Your privacy is still completely controlled by you. This is what Coinsaga is working towards with its ID system.

The data on the blockchain is indeed not tamperable, the business is automatically executed through smart contracts, and many processes are irreversible. So, if the focus of supervision is on the supervision of business logic, it is not the point, and is not necessary.

As long as effective KYC is performed on people, it is possible to effectively manage the operations performed by people on the chain, and is the current model of regulation used online.

Coinsaga will have a very complete KYC mechanism. For example, password, fingerprint, voice, and face recognition are very effective, complete and efficient. Although the entire current blockchain password is mainly a public-private key password pair, the public-private key password pair has its problems. For example, it is too complicated to be remembered by the human brain. And therefore not convenient as a verification and password method.

Coinsaga`s idea is a combination of “traditional Internet cryptographic methods as well as public and private keys from the blockchain and off-chain KYC measures”. Public and private key passwords will be used to manage asset transfers, which will greatly improve convenience and speed for users.

As long as we have the right governance, at Coinsaga we believe that we can effectively manage a decentralized business.

The blockchain has some unique attributes, which bring us convenience, but our governments and regulatory authorities headaches. At Coinsaga we believe that the future blockchain can be perfectly integrated with online gaming and the wider business world. Coinsaga will not only use the verifiable characteristics of the entire blockchain, but also refuse to make the blockchain a refuge for criminals, making the blockchain truly a part of our lives.