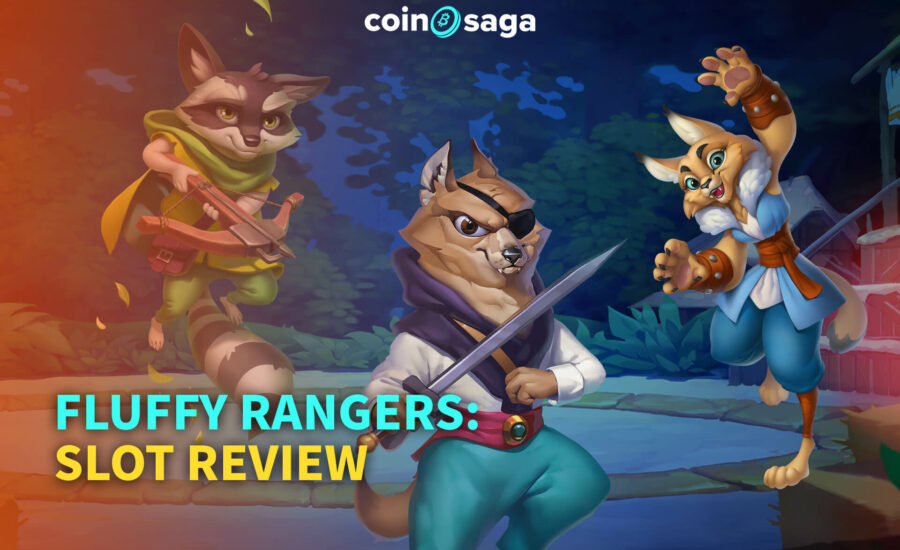 The Fluffy Rangers Slot Game is a brand-new game developed by Evoplay Entertainment. It is scheduled to be released during June 2020. This cartoon-themed Casino game takes the players to the forests of Rabbitland, where the Fluffy Rangers compete in a tournament of skills and marksmanship. The Slot Game follows the story of 5 main characters. Lin the monkey, Shu Shu the raccoon, Shadi the lynx, Katara the sheep, and Drago the coyote.

The game features 5 reels in 3 rows and 20 paylines. The objective of the Fluffy Rangers Slot Game is to collect high paying ranger symbols to be awarded Free Spins. These symbols need to appear in specific areas of the reels called Collection Zones. Line up all the Fluffy Ranger symbols and enter the Free Spins bonus rounds, where big wins, and expanding Wild symbols await.

The Fluffy Ranger’s gameplay is unique and somewhat different to what players of traditional Slot Games might be used to. The game is centered around collecting ranger symbols. A dedicated portal on each reel is the Collection Zone. A different ranger symbol needs to pop up a certain number of times in each collection zone. Above the reels, we find the Ranger Indicators. They keep track of the ranger collection. The first reel of the Fluffy Rangers Slot Game requires that the player collects 2 Katara the sheep symbols. Once the first symbol appears on the portal on reel #1, the Ranger Indicator will update the count.

Collect 2 sheep symbols, and you will have fulfilled the requirements to move the portal to reel #2 where Shu Shu the raccoon will be waiting for you. When all the symbols of a Collection Zone are acquired, the Ranger Indicator will display a letter above the reels. 5 letters spell out the word ‘SPINS’. 2 sheep symbols get you the letter ‘S’. For 3 raccoons, you earn a ‘P’. 4 monkey symbols on the middle reel will display the letter ‘I’. 5 appearances of Drago the coyote earns you an ‘N’, and last but not least, 6 lynx symbols, uncover the last letter ‘S’.

Once all the 20 symbols of the Fluffy Rangers Slot Game have been collected, the player will be awarded 10 Free Spins. These bonus rounds feature an expanding wild symbol that can appear only on reels 2 and 4. To trigger an expanding wild, 3 corresponding ranger symbols need to appear on the same reel. The Wild symbols also act as substitutes for other symbols if required.

Layout and the Paytable

This Casino game presents 5 high-value ranger symbols and 5 leaves of different shapes and colors that award low payouts. The winnings are paid from left to right only.

The betting range between 0.10 – 500 coins per spin can be adjusted with the + – buttons at the bottom of the screen. It is possible to play and save your progress by spinning the reels with different bet values. At any time during the game, you can switch back and forth between the different levels.

The Spin and Autospin buttons are the two round buttons on the Fluffy Rangers Slot Game interface. Before Autospins can be triggered, the player needs to select the number of spins, and manually set stop limits, at his own will. The game settings and the rules of the game are available after clicking on the two buttons on the bottom left. For a faster spinning sequence with fewer animations, a turbo feature can be turned on.

Fluffy Rangers is not a one spin, a Jackpot win type of Slot Game. It requires patience and time to collect all ranger warriors. Once the Free Spins are triggered, players can expect some decent winning potential enhanced by the expanding Wilds. A unique style of play with Collection Zones, and Ranger Indicators, coupled with a beautiful theme, and corresponding sound sequences make the Fluffy Rangers Slot Game very enjoyable.

If you enjoyed reading our preview for Fluffy Rangers, make sure you check out the rest of our Slot reviews on the CoinSaga Blog.