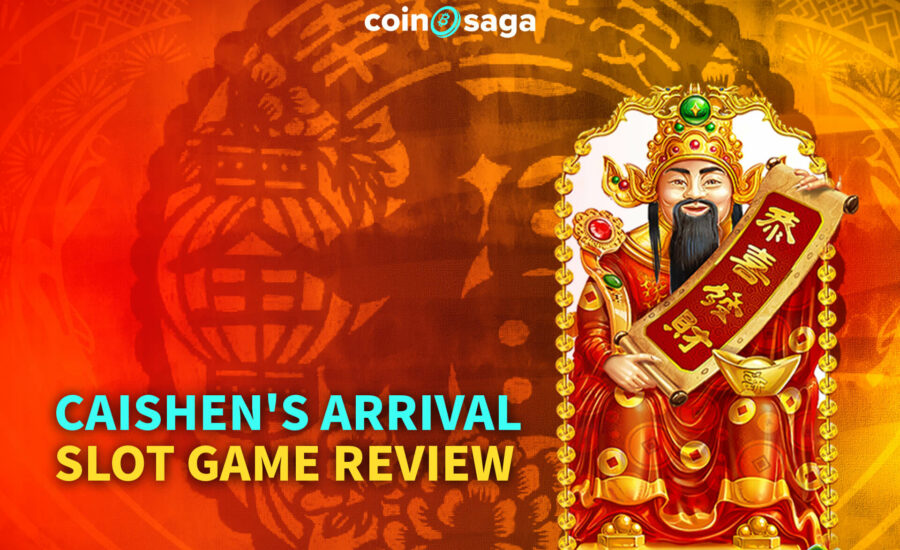 The Caishen’s Arrival Slot Game features various bonus offers and Free Spins. It offers 5 reels in 3 rows, and a total of 25 paylines. The game pays from left to right and all paylines are multiplied with the line bet. The Caishen symbol acts as a wild and grants players Free Spins.

Stacking 3 or more Caishen Wild symbols on a reel generates a Full Reel Wild and triggers additional Free Spins. The Caishen Wilds can only occur on reels 2, 3, and 4. Caishen acts both as a wild and a substitute symbol during winning combinations.

A second scatter symbol is present in the Caishen’s Arrival. A red Coin Purse. This symbol doesn’t result in Free Spins, but the appearance of 3 or more Coin Purses anywhere on the reels during a gaming session grants players a cash prize.

The Caishen’s Arrival Slot Game is equipped with a Double Up button that can be activated after every paylines win. A Heads & Tails game offers players a chance to double their winnings by playing with a 50% or 100% bet amount.

Representations of wealth and money prevail in the gaming layout of the Caishen’s Arrival. Gold covered coin purses, cups of gold, and golden ingots are a common occurrence on the reels. All this is accompanied by a traditional Chinese and Eastern soundtrack. The game’s focus on the Asian culture reminds me of another Betsoft gaming production called Bamboo Rush.

The Caishen’s Arrival Slot Game has a familiar-looking design seen in other Betsoft Gaming releases. There are dedicated buttons to select a convenient bet amount. Manual and Autoplay buttons are stationed on the right. The sound effects can be muted by pressing on the volume button on the bottom left corner.

To bring up the options, detailed rules, and game settings menu of the Caishen’s Arrival, the player needs to click on the notification button. There is a Turbo Play feature that makes the reels spin faster by getting rid of excessive animations.

The Caishen’s Arrival Slot Game stands out thanks to its diverse bonuses, Free Spins with multiplier triggers, and Wild Symbols. Huge payouts of over 33,000 x are possible in this Betsoft Gaming creation. Accompany Caishen on another search for record rewards.

Do you want to try now the Caishen’s Arrival Slot? Click on the button and start your journey!