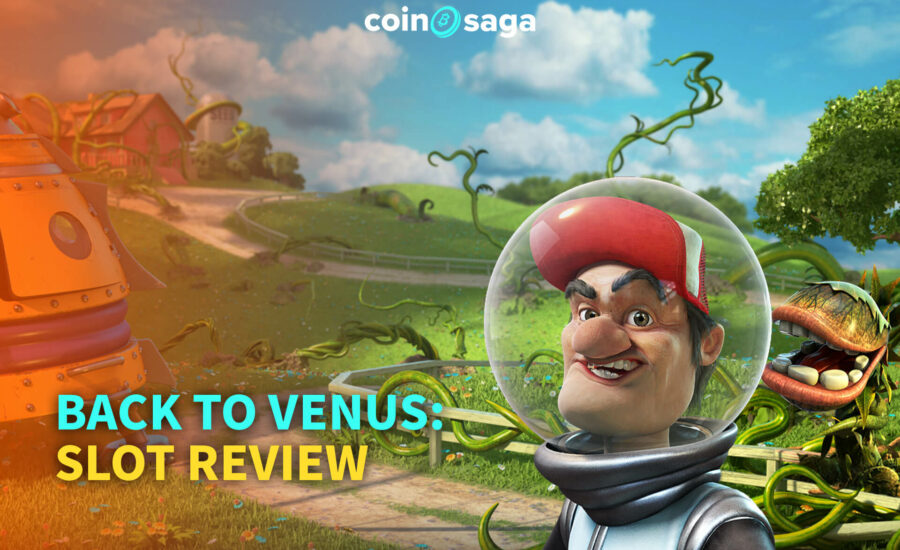 Back to Venus Slot Game Review

The Back to Venus Slot Game is a new game released by Betsoft Gaming. This Slot Game is a sequel to another Betsoft production, namely It Came from Venus. Alien plants have infiltrated the earth and invaded the farm of Joe the farmer. These all-eating outer space monsters have extended their tentacles all over the reels and are threatening to consume everything they can get hold of. Spaceships, asteroids, rocket ships, and similar alien-themed symbols are at the center of attention in this picturesque 3D Video Slot Game.

The game features 5 reels in 3 rows and 20 paylines. Players can achieve big wins through several high-rewarding features, including a Jackpot win of €86,760. There are Sticky Wild symbols that result in Free Spins. Rocket Ship Scatter symbols award 10 Free Spins and an opportunity for Multiplier Wilds. The Back to Venus Slot Game has also introduced its random Second Chance features, where players are guaranteed to receive Free Spins until they land a win.

The Asteroid Wilds are the Wild symbols. They can appear anywhere on reels 2, 3, 4, and 5. This is a sticky symbol, so they remain fixed in their place and award 2 Free Spins. They also function as a substitute for any other symbol in winning combinations, except for the Rocket Ship.

The Rocket Ship is the Scatter. Just like the Asteroid Wilds, they also occur on reels 2, 3, 4, and 5. Land 3 Rocket Ships and be awarded 10 Free Spins. When the bonus rounds start, the player is taken to Venus, where he will spin the reels. Any surfaced Asteroid Wilds will remain sticky during all Free Spins in the Back to Venus Slot Game. Players who manage to get 4 Rocket Ships have a chance to be awarded Multiplied Wild wins, on top of the 10 Free Spins.

In addition to the usual bonuses, the developers have inserted two more chances to land wins.

The Flowering Wild Boost is another Second Chance Feature. It is activated just like the previous one when there are no winning combos. It results in 1 Free Spin, but wins are not guaranteed. When the Wild Boost feature is active, the chances for Asteroid Wilds to appear on the reels greatly increases.

Symbols, Game Settings, and the Layout

Six high-limit and five low-limit symbols are part of the paytable of the Back to Venus Slot Game. The astronaut Joe, whose farm is under attack, gives the best payouts. The alien plant and the spaceship come after Joe in terms of rewards. The other symbols on the reels include a farmhouse, mushrooms, and crop circles.

The alien-attacked main game interface requires the player to set his betting amount before spinning the reels. Different options between 0.20 to 20 coins per spin are possible and can be selected with the +/- buttons at the bottom of the screen. The Spin and Auto Play buttons are the round ones on the right. The number of spins and cost per spin needs to be set before the auto feature begins.

Clicking on the Info button on the bottom left will show all important details about payouts in the Back to Venus Slot Game. Game settings can also be configured from this menu. Next to it is the Sound icon that turns the sound on/off. To gain direct access to the rules of the game, players can click on the question mark logo that is found at the bottom of the screen.

The Back to Venus Slot Game features a very interesting alien theme and splendid graphics. There are multiple ways to be awarded bonus rounds and Free Spins, second chances, and multipliers. The Asteroid Sticky Wilds appear regularly throughout the game, and the maximum win potential of 4,338 times the wagered amount is decent enough.

Do you want to try now the Back to Venus Slot? Click on the button and start your journey!