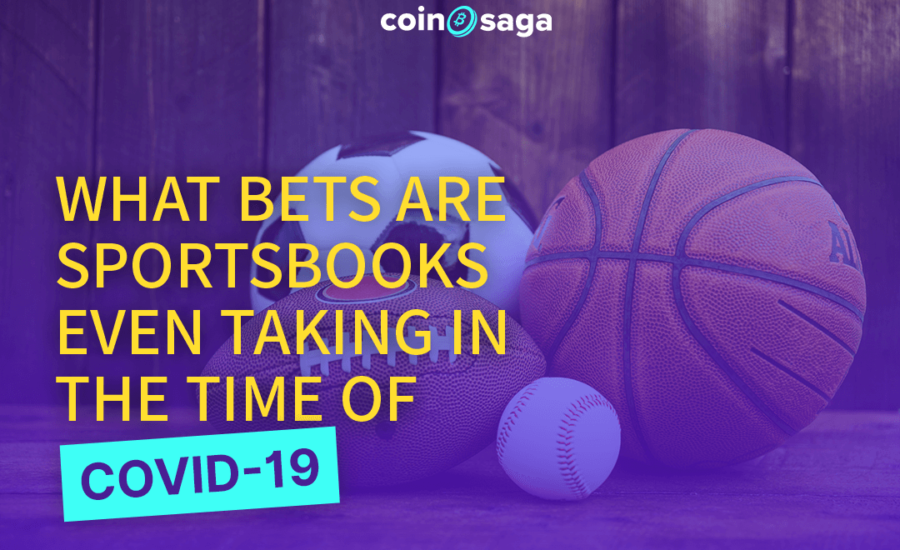 What bets are Sportsbook even taking in the time of COVID-19?

The answer seems to be the novelty bets. When there is no sport, you get creative.

Bookmaker Bovada, for example, recently started offering bets on the weather. Betting opportunities this week in the online sportsbook included bets like “What will the maximum temperature in Florida be on the 31st of March? (Over/Under 28 degrees?)

Other bookmakers are offering political betting. For example, in the USA, the odds on Hillary Clinton being the 2020 Democratic candidate are the same as for Bernie Sanders. European bookmakers are taking bets daily on reality shows, celebrity gossip and awards shows such as the US Oscars, British Baftas, French Cesar, and Italian David di Donatello.

Some are even offering bets on the outcome of popular shows like Game of Thrones, although there are plenty of obstacles there, from leaked review copies to the current shutdown of Hollywood productions. Some of the greatest novelty bets of all time include “Will Suarez bites again?”, “The Queen’s hat at Royal Ascot”, or “Man on the moon”. In 1964, David Threlfall, from England, placed his bet on man reaching the moon before December 31st, 1971.

William Hill, unconvinced that the punter would ever need to be paid out, offered odds of 1000/1 “for any man, woman or child, from any nation on Earth, being on the Moon, or any other planet, star or heavenly body of comparable distance from Earth, before January 1971.” We would say well done David! Neil Armstrong became the first person to walk on the moon on 20th July 1969 (a year and a half before the bet would expire) and David received £250,000.

So, even in the COVID-19 era “Bet on Anything. Anywhere. At any time.” remains a fresh and timeless MyBookie motto.