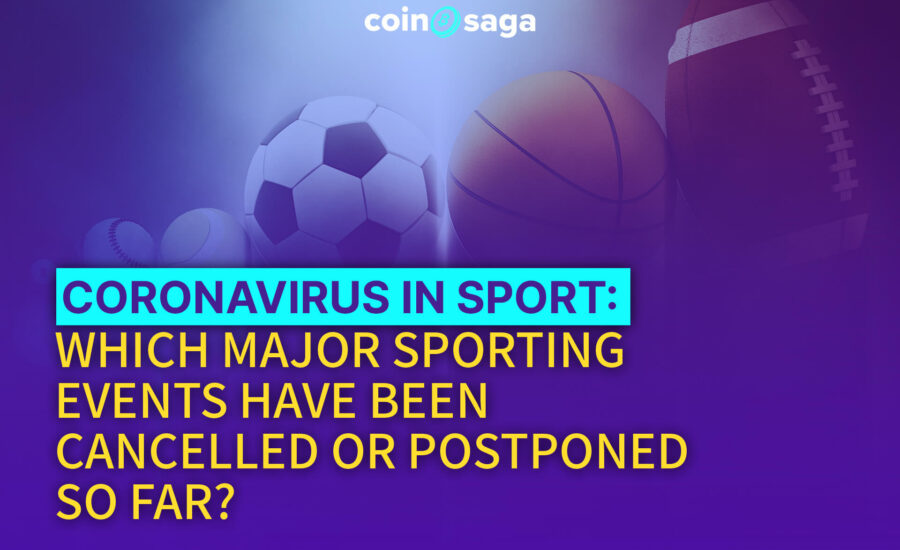 Which Major Sporting Events Have Been Cancelled or Postponed So Far?

The ongoing coronavirus pandemic has upset the world’s sports calendar. Here’s how the outbreak has affected sport so far.

The Premier League, EFL and Football Association announced that professional football in England would not resume until April 30 at the earliest. UEFA postponed Euro 2020 until the summer of 2021, with new dates of June 11 to July 11 being proposed. The official announcement from European football’s governing body also confirmed that the Euro 2020 play-offs, which were to be played later this month, will now take place in the June 2020 international break.
All Champions League and Europa League matches have been suspended ‘until further notice’.
All football leagues have been suspended indefinitely including La Liga, Serie A, Ligue One, and the Bundesliga.
The 2020-21 Nations League finals, UEFA Under-21 European Championship and Women’s Euro 2021 have also been postponed.
The 2020 Copa America has been moved to 2021 to give South American players based in Europe the opportunity to finish their league campaigns.
England’s two friendlies in March at Wembley against Italy and Denmark were cancelled and were soon followed by the friendlies with Austria and Romania scheduled for June. Wales’ international matches with Austria and the United States at the end of March were also called off.

The International Olympic Committee has agreed to delay the 2020 Olympic and Paralympic Games for a year due to the coronavirus. A statement read: “In the present circumstances and based on the information provided by the WHO today, the IOC President and the Prime Minister of Japan have concluded that the Games of the XXXII Olympiad in Tokyo must be rescheduled to a date beyond 2020, but not later than summer 2021, to safeguard the health of the athletes, everybody involved in the Olympic Games, and the international community”.

Tennis:
Wimbledon, the oldest tennis tournament in the world, and the most prestigious, which was due to be held from 29 June to 12 July, has been cancelled for the first time since World War Two. The high-profile BNP Paribas Open at Indian Wells, where the likes of Rafael Nadal and Novak Djokovic were due to compete, has been called off.
The Miami Open tennis tournament, due to start on March 23, was cancelled after a ban on mass gatherings in Miami-Dade County.
The Volvo Car Open in Charleston (April 4-12) was also called off. Next month’s Fed Cup finals in Budapest and the Fed Cup play-offs, to be held in eight different locations, were postponed, while China’s Xi’an Open (April 13-19) and Kunming Open (April 27-May 3) were also cancelled.
The French Open has been moved from its scheduled spring slot to September.
The ATP and WTA have announced that the tennis season is suspended until June 7.