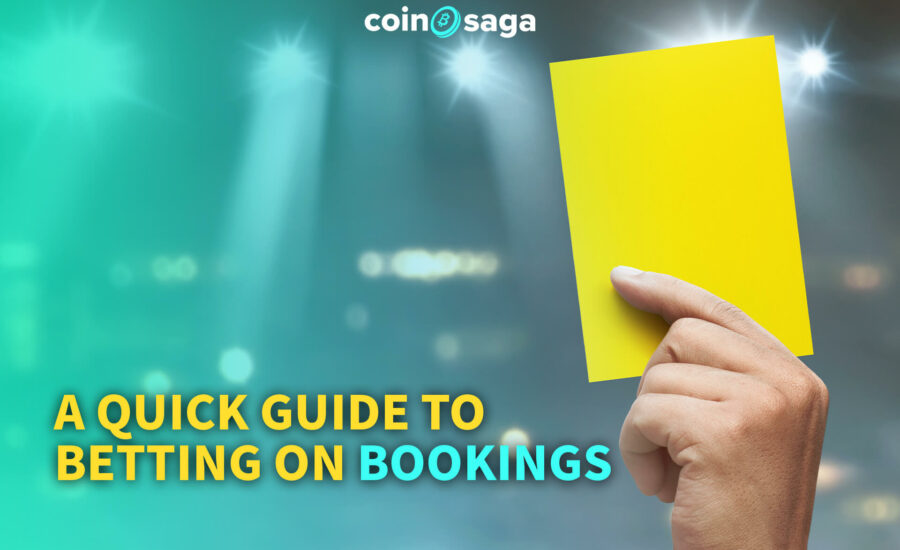 A Quick Guide to Betting on Bookings

Initially, this betting option appeared for World Cup and European Cup matches, but today all online bookmakers offer them regularly, especially in the top leagues like The Bundesliga, English Premier League, Spanish La Liga, and Italian Serie A.

The bookings betting market has its own set of rules. It is based on analysis, statistics, and instinct. You don’t have to wait till the end of the match to get paid, since you can win regardless of the final score.

You have to predict the direction of the match, or the feeling of the players who are going to be booked or sent off. Given that it is a special bet, the total amount of money placed on them isn’t high, meaning the odds are normally intentionally set very low by bookmakers. Usually, bookmakers don’t pay close attention to this market and derive their odds from obvious data (total number of cards shown, etc.), so it should be easy to find high-value odds.

There are two main types of booking bets. One regarding single players and the other teams.

To be shown a yellow/red card: Different odds are offered for every player in a match. Odds are related to his playing position (i.e. defenders and midfielders are more likely to be booked) andhis past statistics (booking frequency, or style of play).

Number of bookings: The average number of cards in a match is around five. This number can be different from league to league and match to match. The most common type of bet is “Over 5,5/Under 5,5”. This bet is available both as a total and split per team.

Red Card: You need to predict if a player will be sent off during the match and finding odds with a high price for value. A variation of this bet includes a three-way market with odds for both teams and a “no red card being shown” option.

Team/Total booking points: Some online bookmakers have established a somewhat arbitrary points system for cards, calculating five (5) points for a red card and three (3) for every yellow during a match. This type of bet requires you to predict whether the total number will be over a specific cap (the standard is 15,5 or 16,5 points).

First/Next/Last booking: This type of bet is usually offered during live betting, especially in the “next booking” form. You need to predict which team will receive the first, next, or last booking in the match.

Minute of first booking: This type of bet is included in big matches such as the UEFA Champions League, or World Cup. Usually, the 90 min duration is cut into nine 10 min. parts, where each has separate odds.

Analyse referee statistics: The match official is a key figure for your analysis. Regardless of the number of cards a team gets during a match, you have to take the referee’s behavior into consideration. What is his usual approach during a match? Is he strict or does he like to like to let the match flow, English style? This information can provide a big insight to placing the right bet.

Don’t simply look at his average yellow and red cards, pay attention to the minute he usually gives his first card. Some referees are strong at the start of the match, while others limit themselves to cautioning the players.

The world referees federation maintains a standard attitude, by punishing aggression in the same manner for all players. However, every referees’ personality is different, meaning that their card stats will be different too.

Rules and history of bookings: Some players go into a match with the aim of getting a yellow or a red card. Because when a player reaches a certain number of cards, he is automatically suspended from the next match. If a player is a card away from suspension, he can choose to be booked and miss out on the next league match, in order to be available for another more important upcoming match. Look carefully for these players, because 95% of the time they get at least a yellow card.

In addition, in some leagues when players reach a high number of cards (7 or 8) during a league season, they are suspended for two league matches. This means that if they receive a booking, it might be better for them to get a second yellow card and be expelled (usually in the last minutes), to only get a one-match suspension.

Local derbies: This is a special category of football matches, where tempers are usually high, regardless of the teams’ league position or recent results. Watch out for these matches, as the crowd usually encourages players to play more aggressively. Red cards are more usual in these matches, and the number of yellow cards is considerably higher compared to other league matches. Examples of such games are Rangers-Celtic Glasgow, Rome-Lazio, Inter-Milan, Espanyol-Barcelona, Liverpool-Everton, etc. On the other hand, in meaningless matches near the end of the season, it’s always worth placing a bet on zero cards at traditionally high odds, as both teams have nothing to play for

What is the impact of red cards in a match?

Usually, red cards have a severe impact on the scoring ability of each team. The majorityof red cards are awarded in the second half and this has quite a strong impact on the final result.

Away Red card → over 70% increase in home team’s scoring rate, around 40% decrease in away team scoring rate.

Usually, cards are awarded for inappropriate behaviour or insults toward a referee. Nearly every team has one player who is more aggressive than the rest.

The bookmaker knows him all too well and his booking odds are considerably lower compared to other team members. It’s obvious that a tall and muscular central defender will not shy away from a fight and are considerably likelier to get booked. If you wish to get higher odds you should pay attention to other aspects of the game, especially players who are unlikely candidates of getting a card, such as:

A goalkeeper of a minor team is a serious candidate when playing away from home against a strong opponent. If his team manages to hold the favourite to a tie, or even take the lead, there is a great chance he’ll get a yellow card for deliberately delaying the game.

A striker’s role usually doesn’t involve him being booked for aggressive behaviour against another player. However, if he is known to be over-enthusiastic, there’s always a possibility he will score a decisive goal and get a yellow card for excessive celebration (for example, taking off his shirt and running to his supporters).

The player who has the role of acting as the last defender on his team’s set pieces (when the center-backs go forward to get a header) is the one who will be sacrificed to get a yellow, or even a red card, in order to prevent a dangerous counterattack.

As you understand, the booking betting market is sensitive and not an easy market to bet on, but with deep analysis and intuition there are a lot of chances to make a good profit.