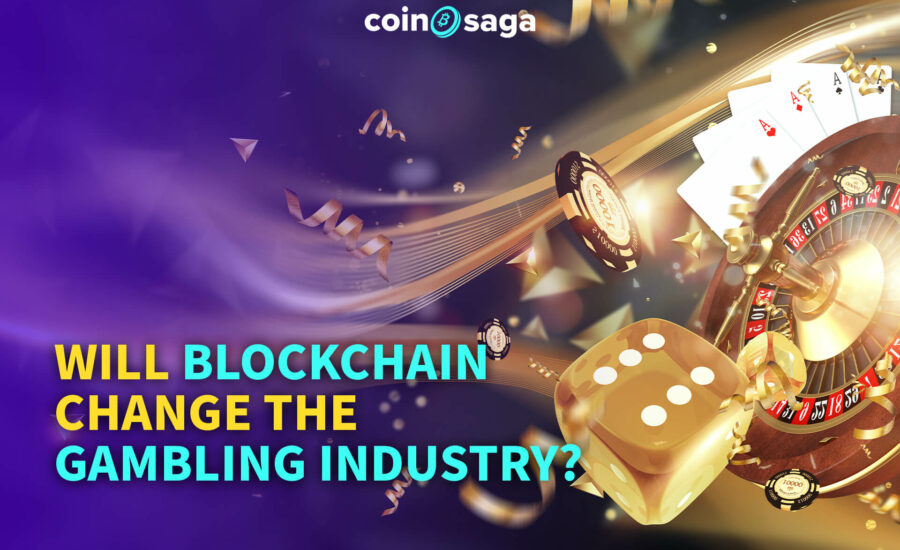 Will Blockchain Change the Gambling Industry?

Gambling has been around for almost as long as mankind. From ancient dice games to modern online gambling, how many people have become addicted because of greed and lust? Many people are eager to chase after losses on small bets, and can’t help themselves. With the development of human civilization, people nowadays are more rational with regard to gambling. Although some gamblers still regard gambling as a means of making a fortune, today far more people are purely betting as a form of entertainment. Using gambling as a way to relax by predicting unknown future results and enjoying small wins.

For many reasons some casino sites simply do not have legal operating licenses, some such online casinos cannot pay out bonuses after players win and others may simply take player’s money and disappear into the sun. Incidents of website closures and illegal financing have also emerged, which have cast a shadow on the whole iGaming industry.

It is precisely because of these reasons that the development of the iGaming industry has been unhealthy and governments must come forward to impose regulations. On the other hand, if there was a technology that can remove this kind of abuse, and ensure the safety of funds and the fairness of game processes in the iGaming industry, without the need for government assistance then this should be used.

In simple terms, the blockchain is a new way of accounting that is decentralized. There is no central node (e.g. bank/casino computer) in this system, anyone can join and become a node and write / read data. All nodes are synchronized, so that everyone can see the same information on the ledger (record of transactions) on the blockchain. The entire network can be seen. All accounts and information are open, transparent, traceable, and tamper-proof. All nodes can conduct transactions with complete trust.

Speaking of which, you may still not understand the specific functions of the blockchain, so let’s take a look at what changes the blockchain can bring to football betting?

Traditionally, the long-term profitability of the bookmaker is largely due to their ability to confuse participants by lowering or raising the odds. Often the initial handicap of the game is determined based on the comparison of the overall strengths of the two parties. As more information is known (including inside information not available to punters) and as a game progresses, the gameplay becomes more unfair. Using blockchain technology, due to its tamper-proof nature and high transparency, once the market is determined, it cannot be changed. This practice also completely ends the bookmaker’s control of the betting.

In football betting, there is also such gameplay. For example, this game is not determined by odds, but is uniformly distributed according to the total prize pool. Players do not know exactly how many chips they have. By using blockchain technology, players can take advantage of high transparency to understand how many bonuses are in the entire chain, and the distribution of bonuses will naturally not be a problem.

Through blockchain smart contracts, players can also organize their own games and take advantage of various betting scenario customizations, and bet with different levels of complexity. The diversity and novelty of exciting gameplay are greatly enhanced, and everyone’s ability to withstand risk is effectively shared. It also makes the games more interesting.

After using blockchain technology, there is no need to worry about security issues. Blockchain technology adopts decentralization, which means that players’ funds do not need to go through the platform, but go directly (point-to-point transactions). At the same time, because peer-to-peer transactions are not centralized, this also makes it impossible for network hackers, greatly securing individuals assets.

It can be seen that if blockchain technology can be successfully integrated with iGaming, it will definitely benefit most players. The decentralization of the blockchain will completely change the traditional model of iGaming.

At Coinsaga, we are changing the iGaming industry`s landscape by creating a decentralized casino with on-chain games.