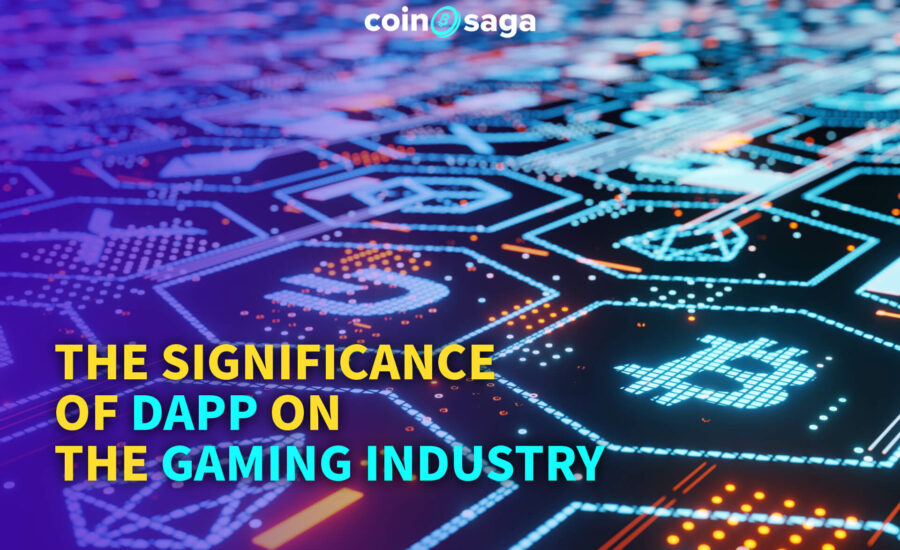 The Significance of Dapp on the Gaming Industry

The emergence of any new thing will inevitably cause changes in existing patterns and behaviors. The birth of the Internet brought about the APP, and the creation of the blockchain has brought about DAPP (decentralized apps). Many people think that the existence of DAPP is not significant, but with the passage of time and the continuous development of the technology, blockchain technology will eventually make DAPP another symbol of progress in the human Internet era.

Regarding the significance of the existence of DAPP games, perhaps its greatest asset is on-chain data. In traditional games, most game assets are virtual. Everything you get in the game is virtual, props, equipment, rewards, etc. Sometimes players will even invest a lot of money into good in-game equipment and the like. When you no longer play the game, all the energy and money invested is lost.

When a game becomes part of the blockchain, these in-game assets become much closer to real-life assets which can be sold, exchanged, or redeemed. Therefore, the significance of DAPP games is that they can solve the defects of traditional games and their subsequent data being monopolized by game creators.

DAPP games have several other benefits, including:

On the blockchain, players can own assets in the game that have a greater level of liquidity. The points, props, weapons, and characters in traditional games are often owned by developers. Therefore, centralized developers have more power to change these assets or even remove them. These in-game assets are often limited to the circulation of the game. Outside the game, the assets seem to have no resale value. Under blockchain logic, once the assets in the game are on the chain, these points, props, weapons, and characters can be completely attributed to the player’s blockchain address, and the player has ownership of this address and the assets it holds.

For example, blockchain technology is embedded in the DAPP game, the points in the game are replaced with the token, and the token is circulated in the market, which successfully creates the realization of the game assets.

Replacing the identity of the beneficiary

The difference between blockchain and conventional games lies in the ability to change the identity of the user to a profile. The data assets in the game really belong to the user, and the user benefits. Based on the trust mechanism built into the decentralized distributed ledger, blockchain gamers can profit as investors in blockchain games, because as more players begin to play the game, the value of the in-game token rises. In addition, all the energy spent by players in the game will be recorded on the blockchain, and, as such, a certain reward will be obtained according to the contribution to the game platform, and this reward is “confirmed” and belongs to the individual.

A large number of games do not have an item trading function. Of course, this is to avoid the confusion of an economic mechanism in the game. On-chain game assets can enable two users to go online and make a transaction that is as simple as a scan code payment. Meaning that the next time you log in to the game, all the items purchased from another user are already waiting in your equipment bar.

How significant will the existence of DAPP games be? Will they break or disrupt the monopoly of the game industry? Only time will tell. The market is a process of falsification, and the same is true of DAPP games. Developers and players must persevere to usher in the development of DAPP games.