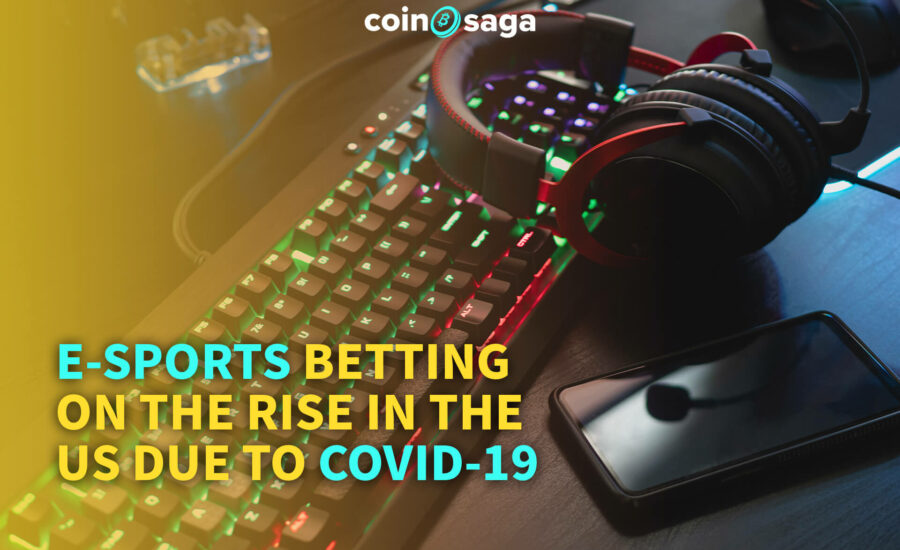 The Predicament for US Casinos

The first weekend of April should have been “Carnival Week” for American casino owners. In Iowa, the Horseshoe Council Bluffs casino under the control of the Caesars Entertainment Group was prepared for large-scale publicity to welcome the state’s first bet for the NCAA “Crazy March”. The adjacent Ameristar casino had invested $750,000 to renovate its resort hotel facilities, hoping to attract more players across the Missouri River.

However, all this investment was futile because all major sports events popular with punters in the United States were suspended due to the COVID-19 epidemic. In turn, almost all offline entertainment venues were been forced to close. According to data from the American Gaming Association, as of early April, 987 of the 989 casinos registered in the United States have been closed. At present, only a few casinos operating within the reservations of Native Americans are still open.

In May 2018, the Supreme Court of the United States overturned the provisions on the prohibition of sports betting in the Professional and Amateur Sports Protection Act of 1992, and officially legalized sports betting. At present, more than 20 states, including Washington, DC, have legislated to approve sports betting.

The American Gaming Association predicts that if the casinos in the United States cannot fully resume operations within two months, 98% of the industry’s practitioners (more than 600,000 employees) will be affected, and the annual betting volume of the gaming industry will be reduced by $74 billion. If this were the case the overall economic loss to the United States would be around $43.5 billion. The share prices of many gaming and entertainment companies have suffered declines, some as much as 60% – reflecting investors’ pessimism about the gaming industry.

The CEO of gaming giant MGM Resorts International wrote in an email in March: “We have to close casinos and related facilities across the country”. Now, the owners of the American gaming industry have joined forces to request assistance from the federal government.

For the sports betting industry, it is painful to lose sports events favored by gamblers such as “Crazy March” and the NBA, but it’s not all bad.

An Alternative to Sports Betting

The COVID-19 epidemic has halted almost all sports events across the globe, but the demand from betting enthusiasts still exists. This has lead to a large amount of idle funds flowing into the few remaining events. These events, which do not have a large amount of betting on normal days have become new favorites for players. Among these, E-sports betting is by far the most popular.

In fact, even if the epidemic did not occur, the industry would more than likely have grown rapidly. Gaming industry consulting company – Eilers & Krejcik Gaming, once pointed out in a research report that global e-sports has grown at an average annual rate of 68% since 2016. In addition, according to Eilers & Krejcik Gaming’s prediction, the growth rate of e-sports betting in 2020 will exceed the growth rate of e-sports themselves. The profits of the 2020 e-sports betting industry will exceed 5%, or $1 billion, and this number will exceed the total profit of all e-sports clubs worldwide.

According to Daniel Kelly, a mentor at the New York University Institute of Global Sports, global e-sports betting will total $30 billion in 2020, but considering the suspension of traditional sports leagues because of the epidemic, this number is expected to double to $60 billion.

Take the Chinese League of LPL as an example. The LPL resumed online games on March 9 2020. Except for Tuesdays, there are three BO3 events scheduled every day. The intensity of events is even more than usual. The uninterrupted daily competition content also provides gaming enthusiasts around the world with a handful of high-quality betting markets.

Regarding the growth of the e-sports gaming industry during the COVID-19 epidemic. Online casino and sports betting provider, Coinsaga, has seen traditional sports betting fall by 80%. However, the amount of betting on e-sports has doubled in the past two months. In e-sports gaming, the per capita wagering of players is about $25.

For major gaming sites, e-sports betting has become an escape during the epidemic. Take DraftKings, a large American gaming company as an example. During the epidemic, DraftKings added two of the most popular e-sports games to its webpage; CS: GO and League of Legends.

In addition, DraftKings also set a lot of preferential policies for e-sports betting, usually in the form of bonuses for new users – the amount of the bonus ranging from $10 to $20. Users can log in directly to collect bonuses, which can be used to place bets on League of Legends, CS: GO, and Rocket League.

In addition, DraftKing also offered free bets on the E-Nascar racing event that was held in March this year. The online game attracted 16 million viewers and DraftKings provided $10,000 in prize money for the game. In addition to giving away free bets, e-sports betting will also provide extra bonuses for high odds winners.

In an interview with CNBC, Duan Cruz, who works at a Las Vegas casino, said that his casino is currently considering offering the KHL Russian Ice Hockey League, Turkish Football League and Mexican Football League to bettors. On weekdays, because these events are too niche, the attention is usually very low. However, During the epidemic, due to the hunger of the players, these events have become new favorites for players. Showing a continued demand for live sports event betting from punters.

Betting on the Weather!!

Last but not least, for those players who cannot be satisfied by eSports and niche events, the markets they have chosen are full of creativity. In mid-February, a website called BetonWeather.io went live. As the name suggests, this is also a gaming site, except that the site’s market is the temperature across the United States, and the odds are based on the extent of the historical climate change in the area. Website creator Jesse Lowe said in an interview with CNBC that the site has about 10,000 hits per week on weekdays. But just after all sports events in the United States were declared to have ceased, Betonweather.io’s visitor numbers increased tenfold, and weekly traffic now exceeds 100,000.