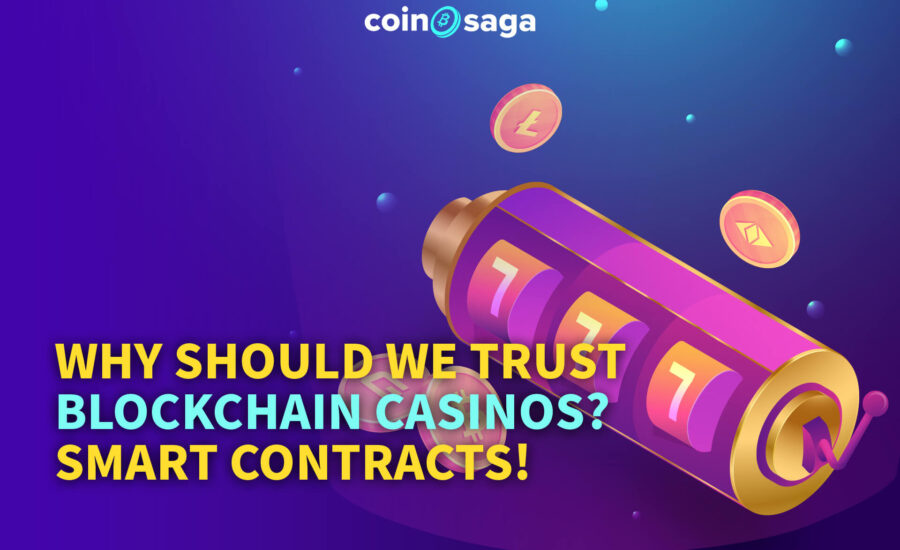 Why Should We Trust Blockchain Casinos? Smart Contracts!

A smart contract is a special protocol designed to provide, verify, and execute contracts. Specifically, smart contracts are an important reason why the blockchain is called “decentralized”. It allows us to perform traceable, irreversible, and secure transactions without the need for a third party. Among them, the combination of casinos and smart contracts will bring users more open, transparent, and traceable sources of lottery information. Decentralized casinos such as ETH, EOS, and TRON mainly use smart contracts on their public chains. Allowing users to know that there is no doubt about the result of the casino’s draw.

The smart contract contains all the information about the transaction, and the resulting operation will only be performed after the requirements are met. The difference between smart contracts and traditional paper contracts is that smart contracts are generated by computers. Therefore, the code itself explains the relevant obligations of the participants on the blockchain.

In fact, participants in smart contracts are usually strangers on the Internet, subject to binding digital agreements. Essentially, a smart contract is a digital contract that will not produce results unless it meets the requirements.

How do smart contracts work?

Developers code for smart contracts. Smart contracts can be used for transactions and/or any exchange between two or more parties. The code contains some conditions that will trigger the automatic execution of the contract.

Once the encoding is complete, the smart contracts will be uploaded to the blockchain network, they will be sent to all devices connected to the network. Once the data is uploaded to all devices, the user can reach an agreement with the result of executing the program code. Then update the database to record the execution of the contract and monitor the terms of the contract to check compliance.

Some of the main advantages of using smart contracts include higher efficiency when processing documents. This is due to its ability to adopt a fully automated process without any human involvement, as long as it meets the requirements listed in the smart contract code. As a result, time is saved, costs are reduced, transactions are more accurate, and they cannot be changed.

In addition, smart contracts remove any third-party interference, further enhancing the decentralization of the network, and solving the trust issue for blockchain gambling.

Smart contracts have been implemented in various blockchain networks, and the most important and popular ones are still Bitcoin and Ethereum. Although the Bitcoin network is known for performing transactions using Bitcoin, its protocol can also be used to create smart contracts. Bitcoin actually provides a programming language that allows the creation of custom smart contracts, such as payment channels.

In addition to cryptocurrencies, there are use cases in different industries, such as supply chain optimization, e-commerce, gambling, and government elections, which can effectively use smart contracts.

Smart contracts make transactions executed on the blockchain network more efficient. At the same time, because it cannot be modified, it is necessary to carefully review the agreement.