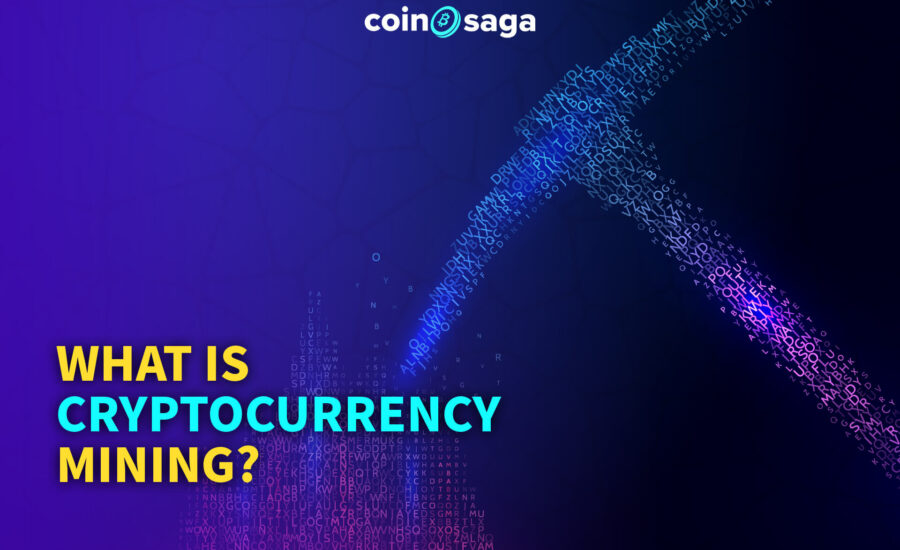 What is Cryptocurrency Mining?

Cryptocurrency mining, or crypto-mining, is the process of validating other people’s transactions with a computer and then adding them to the long, public list of all transactions, known as the blockchain. In exchange, people get rewarded with cryptocurrency.

Anyone with a computer and an internet connection can become a miner. But before you get excited, it’s worth noting that mining is not always profitable. It depends on several factors, such as which cryptocurrency you’re mining, how fast your computer is, and the cost of electricity in your area, because you may end up spending more on energy bills and hardware than you get back in earned cryptocurrency.

Each time a cryptocurrency transaction is made, a miner is responsible for ensuring the authenticity of a transaction and updating the blockchain. The mining process itself involves competing with other crypto miners to solve complicated mathematical problems that are associated with a block containing the transaction data.

The first cryptocurrency miner to crack the code is rewarded by being able to authorize the transaction, and, in return, earn a small amount of the cryptocurrency as a reward.

The process of mining is also responsible for introducing new coins into the existing circulating supply and is one of the key elements that allow cryptocurrencies to work as a peer-to-peer decentralized network, without the need for a third party central authority.

Bitcoin is the most popular and well-established example of a mineable cryptocurrency, but it is worth noting that not all cryptocurrencies are mineable.

What You Need to Mine

In order to mine cryptocurrencies, all you need is a computer, tablet or even smartphone with specialized software. When a person begins to mine, their computers work to zero in on a hash value less than the target and whoever is the first to crack it is the one who has mined the block, and is eligible to receive the reward.

While the block reward is granted to the miner who discovers the valid hash first, the probability of finding the hash is equal to the portion of the total mining power on the global network. Miners with a small percentage of the mining power – such as on a home PC, smartphone or tablet – only have a very small chance of discovering the next block on their own. Therefore, in order to be competitive, users either need to spend many thousands on specific crypto mining rigs or join a mining pool.

Early on, only crypto enthusiasts served as miners. However, as cryptocurrencies gained in popularity and increased in value, mining is now considered a lucrative business. Consequently, several people and enterprises have started investing in vast warehouses with thousands of computers to cash in.

This has left most individual miners unable to compete. For that reason, many have begun to join open pools, combining resources with other miners in order to compete. These miners share their processing power over a network, and split rewards equally among everyone in the pool, according to the amount of work they contribute to the probability of mining a block.

Other Forms of Crypto Mining

You may have also heard the terms “Trading mining” or “Playing Mining”, which are crypto rewards based on user behavior. Soon in Coinsaga, for every 100 euros you bet, you will get 3 euros worth of sagacoin as a reward. The sagacoin provides many benefits for Coinsaga players, for instance, sagacoin holders will receive dividends from the Coinsaga platform daily according to the user’s percentage of the total number of sagacoin in circulation.

Tags: cryptocurrency how it work mining what is it