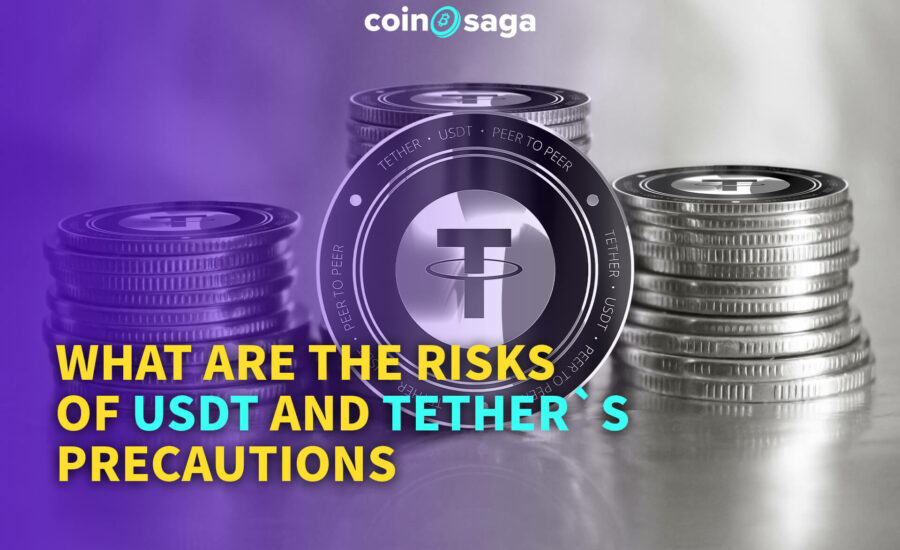 What are the Risks of USDT and Tether’s Precautions

USDT is the biggest time bomb in the cryptocurrency market. As USDT was additionally issued over the past two months, many articles spoke of the uncontrolled increase of USDT, and the increased risk that it could explode at any time.

In this article, I discuss how Tether’s business model determines that it is difficult to fail. This point of view does not endorse USDT’s compliance or credibility, but merely illustrates my point of view through some phenomena.

The phrase from Warren Buffett: “Be Fearful When Others Are Greedy” has been mentioned countless times. The general idea is the direction that everyone has agreed, even though it may not be the ultimate direction of things.

When everyone thinks that USDT is risky, Tether will go bankrupt, it really is possible that things won’t go in the direction everyone expects.

What is Tether most afraid of? Is it regulations?

In November 2018, the US Department of Justice began investigating whether the Tether Corporation was involved in illegal manipulation of Bitcoin. This is probably the earliest confrontation between Tether and the regulator. In April 2019, the New York Attorney General’s Office first accused BitFinex and Tether of conspiracy to misappropriate USDT reserves to make up for the deficit of $850 million, and then sued BitFinex and Tether.

How much did these events affect USDT? Let`s have look at the USDT price, which is the most intuitive expression.

It can be seen that these two regulatory issues did cause USDT volatility, but the biggest volatility was only to make USDT=0.94 US dollars, a maximum drop of 6%.

But is 6% the biggest fluctuation in the history of USDT? Of course not! If you remember, in October 2018, the word “short position quilt” spread throughout the cryptocurrency community. At that time, USDT fell sharply, and the minimum reached 1 USDT = 0.85 US dollars, a drop of 15%, far exceeding the chart above. At that time, investors who thought that USDT could represent US dollars were completely panicked, and almost everyone was selling USDT, which even led to a rise in the price of Bitcoin.

What happened at the time? It was not the voice of the regulator, but it was discovered that Noble Bank, which placed Tether’s USDT reserves, had a problem. At that time, Noble Bank was exposed as unable to continue operations and was preparing to sell the company’s business. At the time, there was news that some users wanted to use USDT to pay US dollars at Noble Bank, but the bank refused.

This is the main reason for the plunge in USDT at that time. In other words, the real worry for USDT is not regulatory issues, but its running. Market investors are not afraid that Tether has misappropriated reserves, that Tether controls the market, and that Tether reserves are not 100% backed. The only thing everyone is afraid of is its running.

This is what Tether is most afraid of. If everyone has to pay USDT from Tether to USD, they will go bankrupt. Tether needs to find a way to solve this problem.

At present, there are two methods that Tether has come up with:

The first one is the most intuitive. It is written on the official website of Tether. In summary: it makes the official redemption more difficult.

This means that someone stores US dollars in Tether and exchanges them for USDT. Tether charges a fee. If you want to exchange USDT back to US dollars, you have to give Tether a sum of money.

Moreover, according to people familiar with the matter, Tether’s redemption process is also cumbersome, and it takes about a week to complete, and it is also paid at the price of 1:1.

To sum up, if this money is simply passed through Tether’s hand, it will lose a lot when it comes back.

The second method has not been verified, but on the whole, this measure is highly feasible, and it is also the most obvious direction for Tether: they are using the regulatory agency.

Let’s think about it carefully. When you think of USDT, what are the first words that come to mind? It must be the words “non-compliance” and “regulation”. This may be exactly what Tether wants to achieve. However, they continue to attract the attention of regulators, allow regulators to investigate, and release eye-popping evidence, such as audit certificates that have no legal effect, trigger public opinion, and continue to attract the attention of regulators. All actions have only one purpose: to continuously emphasize the relationship of USDT with regulation that makes people think of USDT as a conditional reflection of non-compliance and regulatory issues.

The result of this is that no one will go to Tether to exchange USDT.

Therefore, this feature of supervision has become a natural barrier for USDT not to run. The redemption process is slow, the handling fee is high, there is no premium, and there is the risk of being watched by the regulatory agency, also it is impossible to avoid tax.

This is where Tether is the clearest. The most perfect exchange channel for users is OTC: instant arrival, there can be a premium, almost no handling fees, and the exchange risk of finding reliable OTC dealers is far less than the official, and tax can also be avoided.

Users themselves blocked the official redemption, and would not consider it at all.

For those who think that USDT will fail, there are three main views: non-100% reserve risk, regulatory risk, and run risk.

Now, it is a well-known fact that USDT is not a 100% US dollar storage. Not only is it not all US dollars, but the official website also clearly states that Tether accepts Euros, Renminbi, and other fiat currencies. No one cares.

Regulatory and compliance issues are also difficult to shake in people’s recognition of USDT, and frequent regulatory news only makes USDT fluctuate within a small range.

The article only represents Francesco Galea’s personal opinion, which is not Coinsaga’s official position.