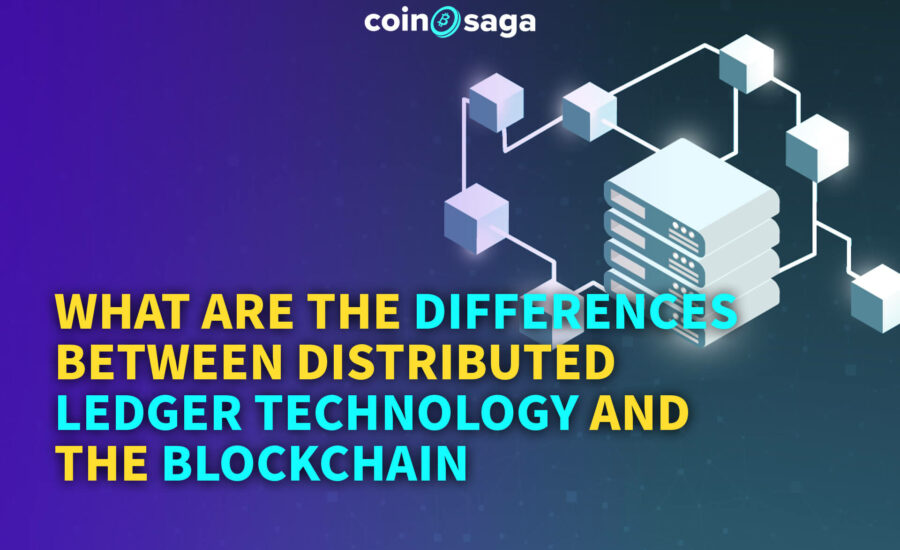 What are the Differences Between DLT and the Blockchain

The terms Blockchain and Distributed Ledger Technology are often used interchangeably, even by industry experts. This has caused a lot of confusion for many who are trying to understand the differences between the two.

That is why we have created this post and also added a little bit of information showing how this technology can be used in the casino and gaming industry.

To help get us started and put this confusion to bed. Very simply – the Blockchain is just one form of Distributed Ledger Technology. However, the differences, implications, and use cases don’t stop there. So let’s find out more…

Open to All vs Open to Some

One of the biggest selling points of blockchain cryptocurrencies such asBitcoinis that they are not controlled by an individual, company, or government, but by each and every single user. On top of this, anyone is welcome to join, act as a store of data, and verify transactions. Meaning that each user plays a vital role in the governance of the currency.

On the other hand, DLT tends to be used by companies. Meaning that the network is under the control of an organization, and those who manage it. This means that access is often strictly limited to those who are employed or contracted by the company. Unlike the blockchain, users may also be restricted from acting as a store of data or verifying it.

To Block or Not to Block

The way the blockchain works is relatively simple. When a new transaction has been verified it is added to a block where it is given a unique identifiable code (a hash), which is similar to a fingerprint. It is also given the hash of the previous transaction on the block. Approximately every 10 minutes a block is completed, linking the last transaction of the last block with the first of the next block. Creating a chain of blocks that are linked in a sequence.

Because all this data is available to everyone, it is almost impossible to tamper or change the records, making blockchains incredibly secure. However, the trade-offs are that the blockchain is both slow and power-hungry. At present, the average Bitcoin transaction takes around one hour to be completed. In turn, because all the transactions have to be confirmed – often through huge mining warehouses – this process is incredibly power-hungry. Because miners receive a reward of a small amount of the currency, this also makes them quite expensive. These factors make scaling up much more difficult.

Although Distributed Ledger Technology records and distributes data across its selected network it does not require a blockchain to do so. There are a few different ways this can be done, such as with Directed Acyclic Graphs (DAG), which remove the need for blocks, miners, and fees altogether. This removal of the need to verify data makes them incredibly fast and much more power-efficient than the blockchain. This is why, Dagcoin, a cryptocurrency built based on this technology can boast 10 second transaction times. The trade-off with this kind of technology is that you have a centralized structure in terms of who owns and controls the data.

Another alternative is Distributed Hash Tables (DHT). These work by creating a chain of data on each computer in the network (known as a hashchain), which is shared and verified later using Distributed Hash Tables. Because there is not the need for each transaction to be shared in sequence it makes this kind of system much more scalable and fast, but also much more open to security breaches. This is why this technology is only used by one cryptocurrency, “Holochain” and has more business use cases.

What Does it Mean for Casinos and iGaming? (DONE)

In our previous post “Will Coinsaga Help Cryptocurrency Go Mainstream in the iGaming Industry?” we spoke about the difference between on-chain and off-chain casinos. The main difference being that although off-chain (not on the blockchain) casinos may accept cryptocurrencies as a payment method, all game data and rules are stored and controlled by the casino and/or game provider.

What on-chain casinos and games offer is a provably fair system. This is because all game data and rules are not stored on a centralized server, but on the computers of each and every player. Meaning that rules cannot be changed, and rewards, points, and items cannot be taken away by a game provider or casino.

Having games on the blockchain doesn’t just provide players with more security it also gives them more opportunities. As with currencies such as Bitcoin, this provides the possibility for in-game mining (known as “playing mining”), where players are given a certain amount of a currency – usually an in-game coin – for the amount of time spent playing. This also allows players to invest in a game and a coin – something not possible in conventional gaming!

Another big benefit is that because players have complete control over their characters, points, and in-game assets. They are able to buy, sell,

and exchange them with other players at any time.

At Coinsaga we are working towards creating a casino with a range of on-chain games to give players the guarantee of always being able to play provably fair games. This is what makes the blockchain the most suitable choice for iGaming.