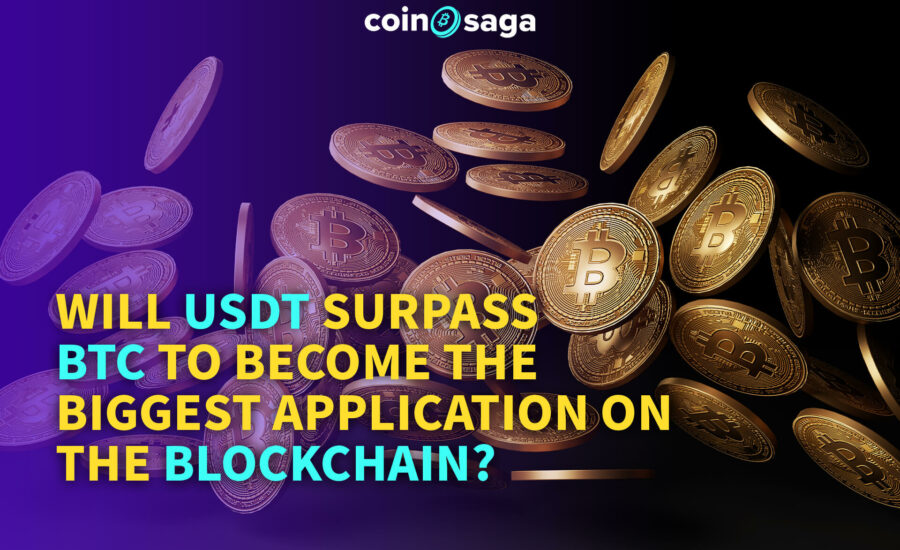 In 2008, a whitepaper “Bitcoin: A Peer-to-Peer Electronic Cash System” was published. In the following 12 years, Bitcoin carried the hope of this new payment method, but it failed. Today, we have found its replacement – USDT. There are various indications that USDT is the new hot payment method and that USDT will become the “peer-to-peer electronic cash system” Bitcoin was meant to be.

At the same time, the market value of stablecoins has exceeded $10 billion.

Bixin issued USDS to enter the stablecoin market; PayPal Finance has plans to make stablecoins; Justin Sun of Tron didn’t make a move when Defi (Decentralized Finance) was popular last year, but in 2020, despite the crazy increase in TRC20-USDT, USDJ, Tron`s own stablecoin was still launched.

But behind this, the BTC price has not broken to a new record high. In addition to the extreme market of March 12th under the influence of the global economic downturn, Bitcoin has been hovering around $10,000 from 2019 to the present, and investors in the industry have not increased like in 2017. Since the amount of funds and the audience have not increased, why did the stablecoin increase so much out of thin air?

In order to explore the deeper reasons behind this, Coinsaga summarized the law of USDT additional issuance and outflow, and reached an amazing conclusion: stablecoins will exist completely independently of the cryptocurrency industry. In the near future, stablecoins will become higher and higher, and will even exceed Bitcoin.

Even more extreme, even if Bitcoin goes to zero, stablecoins, headed by USDT, will still exist, and stablecoins will inherit Satoshi Nakamoto’s “legacy” and become that “peer-to-peer electronic cash system”.

The future USDT market will be larger than the market value of all cryptocurrencies combined today.

How crazy is this? You can see the data from the CMC: the current market value of USDT exceeds $9 billion, but in 2017, this figure was almost $100 million. In other words, Tether can issue additional coins three times the market capitalizations in 2017 within 24 hours. The market capitalization achieved a growth of 90 times in just three years.

This is not news anymore. The conclusion of the current consensus is probably: stablecoins will be the biggest winner, and stablecoins – represented by USDT – have a tendency to be adopted by those outside the crypto community.

With the slowly rising Bitcoin price, coupled with negative oil prices, theft of Defi, etc., witnessing the sudden situation of history, people have become accustomed to stable currency issuance, but stable currency has not stopped. Not only USDT, stablecoins such as PAX, HUSD, and USDC are being issued additionally.

We are more and more inclined to agree with such a bold guess: Stablecoins have completely surpassed Bitcoin, becoming the largest application of cryptocurrency.

We have paid attention to the following three clues:

First of all, USDT has been issued frequently in the past three months, which is characterized by a high frequency of issuance and a huge amount of single issuance. The average single issuance is nearly $100 million. Throughout April, Tether issued a total of 24 additional times. The ERC20’s USDT alone issued an additional 1.26 billion. In May, Tether focused on the wave field and issued more than 1.1 billion USDT. This means that Tether produces “printed” money every month, which is equivalent to a unicorn company.

From the perspective of investors who have been immersed in the crypto community for many years, the increase in USDT is accompanied by an increase in the price of Bitcoin. Earlier, the news of the additional USDT issue was basically accepted by the industry as a market-pull signal. But now, the ratio of USDT market value / Bitcoin market value has reached a record high.

This is not all, new teams are joining the stablecoin battlefield.

Crypto Wallet Application-Bixin announced the launch of the USDS stablecoin, which is a USD stablecoin based on the value of BTC acceptance and officially entered the stablecoin field.

Beibao Finance, one of the industry’s largest lenders, also revealed that it will enter the stablecoin field.

Justine Sun’s TRON suddenly increased the issuance of TRC20-USDT this year, and the market value has exceeded TRON. This is not enough. Justine Sun suddenly entered the Defi field, imitating MakerDAO – launching the USDJ stablecoin.

Finally, how much enthusiasm is there in the current cryptocurrency secondary market? Let’s see how many new coins are available now. MASS, Solana, HIVE, etc. Recently, famous new coins seem to be countable on just two hands, far from the glory of the initial period of last year’s trading platform token financing.

Therefore, who is intensively and explosively issuing USDT, USDC, and PAX, and who are the new players who plan to enter the stablecoin arms race. But there is a bigger question, who is using all the newly printed money?

Huobi seems to be playing the general distributor, Chinese users are the biggest audience

“80% of the stablecoin transaction volume is in Huobi.” An OTC merchant that not only contacts institutional traders, but also connects with Tether. In March of this year, his trading turnover rarely reached tens of millions of dollars, and he received a 0.5% fee per USDT, and his daily income could be five figures. Similarly, another OTC merchant has a similar experience: “Huobi OTC transaction volume has increased by at least 30%.”

The process of issuing additional stablecoins from minting to flowing into the market basically follows this path: After receiving or judging the market’s demand for USDT, OTC merchants connect with the few Tether issuing agents in the world and get the first-hand USDT, After that, it is deposited into a trading platform or other wallet addresses, then sold to institutions or individuals through various methods, and finally flows into the market.

“Huobi plays a role like a general distributor. Many people buy from Huobi and sell them on Binance and OKEx.” At present, the fiat trading area of ​​trading platforms on the market is basically divided into two categories.

One is outsourcing to agents. The platform only provides a display window. Due to different usage habits of users, the choice of payment partners is also different. For example, credit card transactions may choose Simlex, and large-dollar transactions will choose American financial trust companies; Prime Trust, etc. The other type is platform self-operation, which recruits OTC merchants to settle in.

According to qkl123’s OTC discount premium data, from the beginning of February to the beginning of May, USDT has been at a positive premium, especially when it reached a record high in mid-March this year: close to 15%.

It is undeniable that part of the newly issued USDT has entered the market. After all, from the perspective of the USDT balance of the trading platform, the daily balance is increasing, and users may hold the USDT to wait for the opportunity to buy; or start contract-trading with USDT as the deposit becomes a trend, this may be the demand flow of stablecoins.

However, this does not fully explain our biggest doubt, does this market really need so much money? Has all of this money entered the cryptocurrency secondary market?

The application of stablecoins represented by USDT outside the crypto industry quietly began in 2017.

Yujun, the founder of the cross-border payment platform Qbitpay, told us that in the fields of e-commerce and overseas gaming, stablecoins are very mature for clearing and settlement. Recently, Qbit’s transaction volume has increased by 50% every month. In addition, the path of moving assets with stablecoins has long since been paved.

Lin Fu, a person in the stablecoin field, believes that the additional USDT was not originally used to buy BTC, nor will it boost the price of the currency. Many USDTs have flowed out of the industry, “USDT is a collection of gray business.”

Compared with PayPal and credit cards, the former has a poor user experience, the latter is easily stolen, and the USDT “advantage” is more obvious: there is no geographical restriction and it is not within the scope of regulatory control.

These use cases outside the crypto industry are becoming more widely used outside of USDT for speculation.

“This year’s USDT stock is estimated to exceed $20 billion.” Lin Fu said that the current market value of USDT at $9 billion, can be at least doubled.

“A Peer-to-Peer Electronic Cash System”, was the title of Bitcoin’s white paper. Bitcoin’s original goal was to be a payment tool, but now, Bitcoin has developed into something very different. Bitcoin’s attributes have evolved from digital gold to a commodity, a commodity that has the same trading attributes as oil and gold in the eyes of speculators. Would you use oil to buy things? Certainly not.

Stablecoins, represented by USDT, have already undertaken the business of cryptocurrency payments.

The pattern of unlimited printing of the US dollar may have caused many people to worry about the US sovereign credit system. And China, which has the most perfect COVID-19 pandemic control, seems to be a good foothold, and the future of the RMB is more promising than the US dollar.

Some people think that USDT will go bankrupt because it is not 100% anchored in US dollars. In fact, it is not important whether it is 100% anchored in US dollars. It once had a crisis, but it survived. The market value of $9 billion fully illustrates a problem: It has already achieved what Bitcoin couldn’t do, and is now the biggest application in the blockchain industry, not Bitcoin, but stablecoin. Bitcoin wants to make daily payments, it is no longer possible, it is a commodity, and USDT is now recognized as peer-to-peer electronic cash.

The story of stablecoins is still being written…