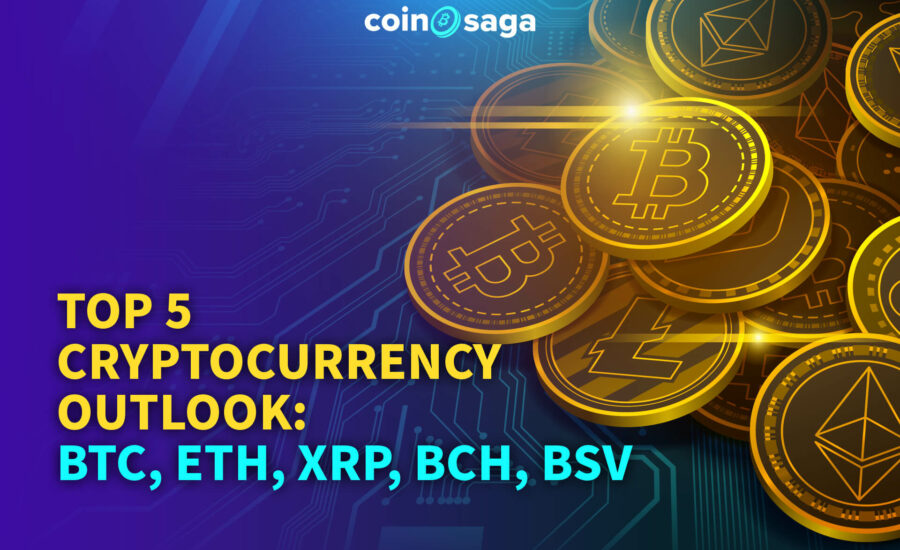 The global coronavirus pandemic has had a huge effect on the global economy. As countries went into lockdown and businesses closed, national economies, stock markets, and crypto markets went into freefall. Now, as countries begin to come out of lockdown, what are the projections for the top 5 cryptocurrencies in the weeks and months ahead?

When the year began, many were bullish, forecasting a huge surge in Bitcoin in 2020. With the price predicted to go as high as $1 million before the year was out. However, the price tumble of March 12th to one-year lows (Ca. $4350) and global economic uncertainty make these initial projections seem highly unlikely.

As more people begin to shop online during the crisis, and as inflation of fiat currencies hits later in the year as a result of stimulus packages. Bitcoin could see a slow but steady rise in value this year, increasing more steeply as inflation rises.

Just as with Bitcoin, the Ethereum price also decreased rapidly as the coronavirus took hold. Sending the price down from its high just short of $250, to just below its year start figure of $120. Many expected Ethereum to rise over $1000 in 2020 back at the start of the year, but now estimates are more modest in the $300 range.

March 12th saw XRP fall from $0.20 to 0.13, a staggering fall. When you add this to an estimated reduction of 65% in the number of its followers since 2018 and the signs do not look good for Ripple. Despite this, many are still predicting a moderate recovery and a price of $0.26 by the end of the year. But if more users continue to jump ship losses are more likely this year than gains.

Just as with Ethereum, it started the year well, rising from around $180 on January 1st to a high of $440 on February 13th only to tumble back to its year start as the pandemic hit. Some were predicting a BCH price of as much as $5000 by the end of the year back in January buoyed by announcements of wider adoption in Japan, AT&T accepting it as a payment option and many projects on the go regarding the coin. Even though the highs predicted at the beginning of the year no longer seem likely, a recovery to its February highs or a little more is possible by the end of the year.

Bitcoin SV, has had a very similar start to 2020 as both Ethereum and Bitcoin Cash. Rising from a January 1st price of just under $100 to over $370 on February 10th. However, unlike the two currencies just named, and all the others above, even at its lowest point on March 12th, it remained above its start of year value. Today, its price has stabilised at around $200. The appeared extra resilience compared to the other 4, may well see Bitcoin SV the safest store of capital at this uncertain time.

What do you think?