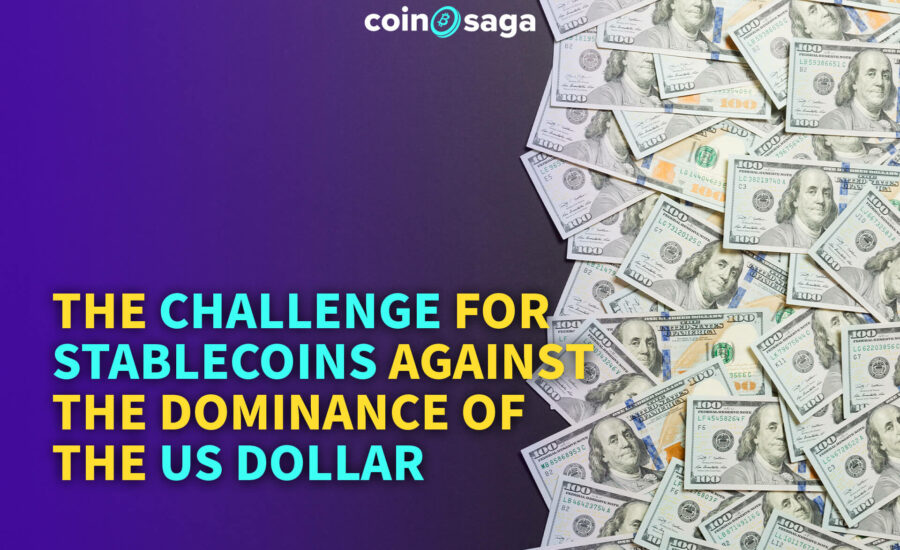 The Challenge for Stablecoins Against the Dominance of the US dollar

Change often takes place on the fringes. When the situation of the United States as the only superpower has not changed, it is difficult for country-based currencies to replace the US dollar, but digital currencies provide a new direction for the development of the international monetary system. Although David Chaum proposed cryptocurrencies based on the fact that emails could be signed and encrypted in 1982, it has been nearly 40 years now, and the digital currency that has received the most widespread attention – Bitcoin – has been around for more than 10 years, but has not yet garnered mainstream support. However, the popular global digital stablecoin initiative in 2019 has really provided a new possible institutional option.

As far as the economic base is concerned, there are three main factors that determine whether a country’s sovereign currency can become a global currency – economic scale, openness, and stability. The Japanese yen lacks a certain degree of openness at the critical moment of internationalization, while the Euro is trapped in its political framework and cannot provide timely and effective security assets in times of crisis. However, Economist Robert Triffin has pointed out the dilemma of the Bretton Woods system, telling us through historical research that even though the emerging hegemonic currency, the US dollar, satisfies the above three elements, it took decades to replace the failed hegemonic currency, the GBP. The institutional inertia of the international monetary system is so resilient.

Interestingly, the factors that hinder a new sovereign currency from becoming a global currency are becoming weaker in the era of the digital economy. This is mainly manifested in three aspects: First, the demand for international settlement is no longer concentrated in global trade, corporates, and large participants in the finance sector. Historically, international settlements that do not rely on physical currency have appeared in Amsterdam, Hamburg, and other places that serve import and export merchants. London has promoted the internationalization of the pound because of its excellent trade financing services. For these large players, the cost of switching international dominant currencies is huge – new pricing standards, new risk positions, and dealing with the losses faced by the old dominant currency reserves.

Therefore, it is particularly easy to maintain the status quo of the old international monetary system. In today’s highly globalized and digitized world, individual consumer participation in international settlements has greatly increased. The number of global Internet users and multinational travelers has doubled in the past 15 years, and cross-border e-commerce has allowed every consumer to directly participate in international settlements, and therefore they have experienced the slowness and high cost of traditional international settlements (such as currency conversion fees, etc.). Individual consumers are far less bound to a dominant currency than large players. On the contrary, they are more sensitive to transaction costs, and are therefore more likely to be attracted by the cost reduction brought about by digital payment technology, switching payment methods. From the domestic experience, based on individual consumers is completely enough to derive a new payment system (such as the rapid growth of third-party payment in China, M-Pesa’s expansion in Kenya, etc.). Therefore, the active cross-border payment of individuals has opened up potential competition for international payment currencies.

The Opportunities for Stablecoins

Second, large technology companies have surpassed sovereign states and formed their own service networks. If calculated in terms of volume, 64 of the world’s top 100 economies are companies, not countries, which actually reflects a change in the organization of human economic behavior. Such changes make it possible for digital stablecoins that promise to maintain value stability to overcome the network advantages of existing dominant currencies, and the Japanese yen or Euro did not have such opportunities. Taking the Euro as an example, even within the Eurozone, which has had a single currency area for nearly 20 years, 40% of websites only sell products to domestic consumers. At the same time, only one-third of consumers from other EU countries buy goods. But if we consider the prospect of digital currencies – including the stablecoin Libra, even if only based on WhatsApp’s 1.6 billion global users, a huge international settlement network will be formed instantly. For other types of digital stablecoins, even the government-issued digital stablecoins, such network opportunities have not disappeared, and some form of public-private partnership can also allow government-backed digital stablecoins to have a huge network.

To sum up, the factors that influence the success or failure of a potential international cryptocurrency in the digital era, the role of institutional inertia has greatly weakened, but stability is still an important factor, so it is difficult for digital currencies such as Bitcoin to lack value anchors to become international currencies, but digital stablecoin cryptocurrencies constitute a challenge to the existing monetary system.