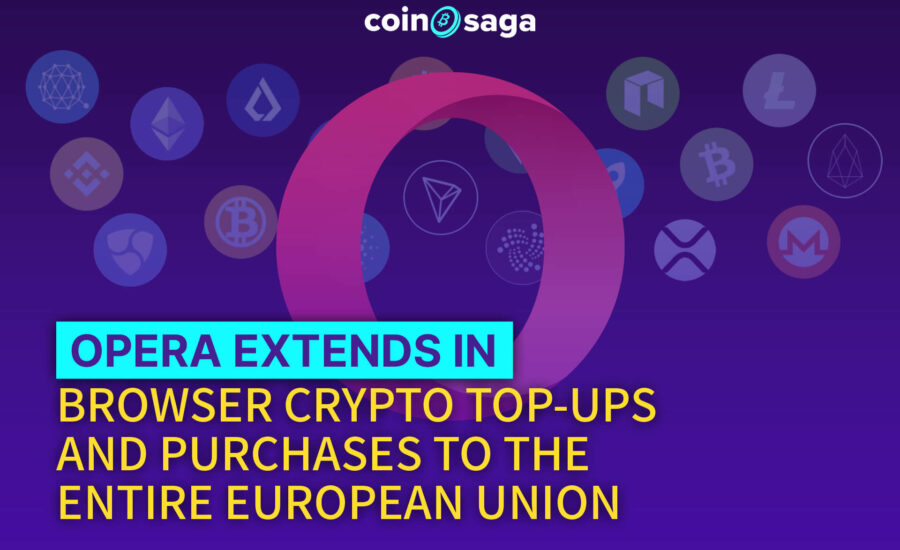 The Opera web browser has announced plans to expand its crypto services to the entire EU as well as Switzerland, Australia, New Zealand, and Mexico. This means that Opera users in 28 countries will now be able to buy Bitcoin or Ethereum directly in the browser, without the need to visit an exchange.

Not needing to visit an exchange makes it possible to buy crypto and top up your wallet in less than 30 seconds. For desktop and Android users you will be able to top-up using your debit or credit card, and even via online services such as Revolut. Apple users will also be able to top-up using Apple pay on the Opera Touch iOS browser.

This announcement comes as a further step for Opera in its aim to integrate blockchain technologies seamlessly into its Bitcoin browser, and in doing so improve its web service for its more than 360 million users.

Opera has also teamed up with Unstoppable Domains, a blockchain naming system built on Ethereum to provide simplified wallet addresses similar to the usual .com or .org domains. Giving users the possibility to reach their wallets easily, without needing to type a long IP address. Moreover, making it easier and quicker to send money between wallets.

Opera saw a 40% rise in year on year users in 2019. A clear sign that their blockchain focus is having an impact on usability and user numbers. With more developments in its Web 3 protocols and decentralized internet likely to be made in the months and years to come their user numbers are likely to continue to grow.