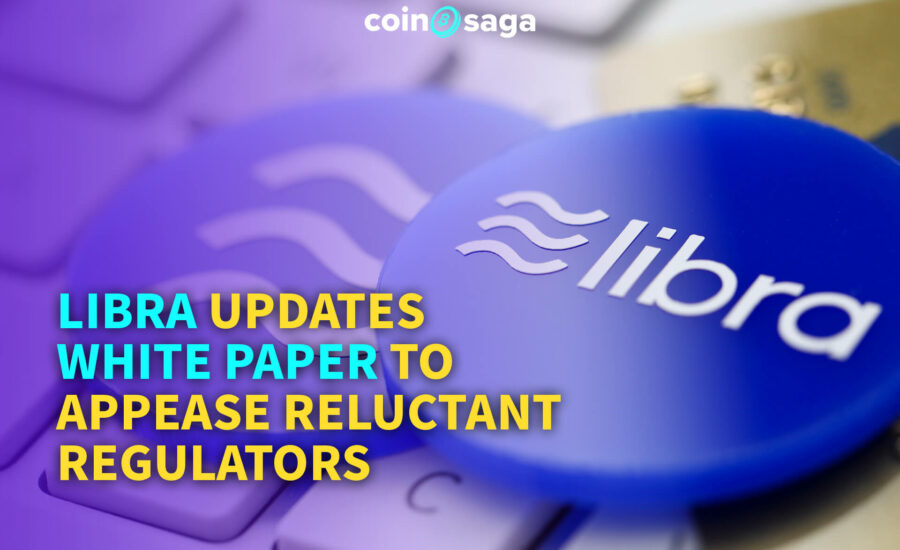 Libra to issue multiple stablecoins, instead of creating a single global digital currency.

Instead of rolling out one Libra stablecoin, as announced by Facebook last June. There are now going to be multiple versions of Libra, many of which are going to be backed by individual fiat currencies.

What Libra is hoping to do with this change is appease the central banks who were afraid that they would lose power if Libra were to be a success. This is a way for Facebook to meet the banks at a place where they are more comfortable.

Why One Global Libra Stablecoin Failed

Libra had announced several high profile partners such as Visa, MasterCard, PayPal, and Stripe, as well as the usual tech companies like Uber, Vodafone, and Spotify when it first announced the currency. However, by October, PayPal had withdrawn, with MasterCard, Visa, Stripe, and eBay all following suit by December.

But even before the high-profile departures, it was clear that Libra would never get out of the starting blocks in its first form. Imagine that you’re the leader of any country that has its own sovereign currency, and Mark Zuckerberg’s threatening to undermine it. He may have promised that he didn’t have overall control of Libra, but the sheer audacity was always troubling.

After all, central currencies are a key tool of governance and not something many countries would give up willingly. At least not without some huge guarantees about how they would work in the future, and something equally valuable in return. But there seemed to be no upside for the countries who Libra would likely damage economically, and plenty of downsides.

A Change of Direction

Despite the setbacks, with the change in tack Libra are hoping to have regulatory approval later this year, which they hope will regain them the popular support they previously received. Despite the current economic situation and coronavirus pandemic, they are still hoping to launch at least some of the stablecoins this year.

In their announcement, Libra stated they are actively talking with Swiss regulators to try and get a payment license, Libra also wants to register in the US. It is incredibly complicated to launch a new currency, and discussions with regulators, governments and companies can take months or years. After almost a year of criticism, Libra has climbed down from its original goal of creating a single “stablecoin” for the world. This redesign could turn Libra into something much closer to a payment network similar to PayPal and Fintechs that operate with multiple coins to facilitate money transfers around the globe.

Libra will tie itself to a series of currencies, including the US Dollar, Euro, and British Pound. When you send one Libra, you’ll actually send a fraction of USD-backed, EUR-backed, GBP-backed (etc.) stablecoins. That should be an effective hedge against currency fluctuations, but it’ll hardly remove the risk for buyers or sellers.

The white paper for Facebook’s much-anticipated cryptocurrency has been updated on libra.org, which is the official webpage for the social network-led project. Aside from expected amendments reflecting the revised Libra Association members, the biggest change is that the network will issue multiple stablecoins, instead of creating a single global digital currency.

In a major revision to the Libra white paper, the project will initially start with issuing several coins, each backed by one currency listed in the proposed LBR basket (e.g., LibraUSD or ≋USD, LibraEUR or ≋EUR, LibraGBP or ≋GBP, LibraSGD or ≋SGD).

Each single-currency stablecoin will be backed by reserves consisting of cash or cash equivalents and government securities denominated in its fiat counterpart. When Facebook originally unveiled Libra in 2019, it intended to create a single fiat-backed stablecoin that would allow anyone to send money anywhere as easily as sending a text via its messenger.

The Future of Money? Libra or DCEP?

The idea of a single global currency isn’t bad, but certainly, it can’t be entered into blindly. Europe’s experiment with the Euro, and the single market, has shown how a single currency can reduce the issues around conversion, payment processing, and transfers. And that removing those roadblocks supercharges free trade in the area, giving it a competitive advantage.

Libra stated that it would not be a single currency that was backed by a basket of national currencies but would now be a model of numerous individual fiat-pegged currencies. While the original model was akin to a disruptive implementation of the original concept for a global basket currency, this model seems more to position Libra to help existing central banks digitize their currencies.

China, meanwhile, steamed forward with its digital currency and blockchain plans. Screenshots of an app from the Agricultural Bank of China show how the DCEP (Digital Currency Electronic Payment) is currently being tested, giving us insight into functionality, and the players involved.

China also announced the 71 members of its National Blockchain Council and went live with its Blockchain Service Network. The BSN, in particular, has potential significance on a world scale as China tries to build and control a key piece of the global digital infrastructure.

Coinsaga Bitcoin Casino welcomes any stablecoin that would bring prosperity to our faithful players! Please stay tuned for news on the gaming-specific stablecoin Samecoin!