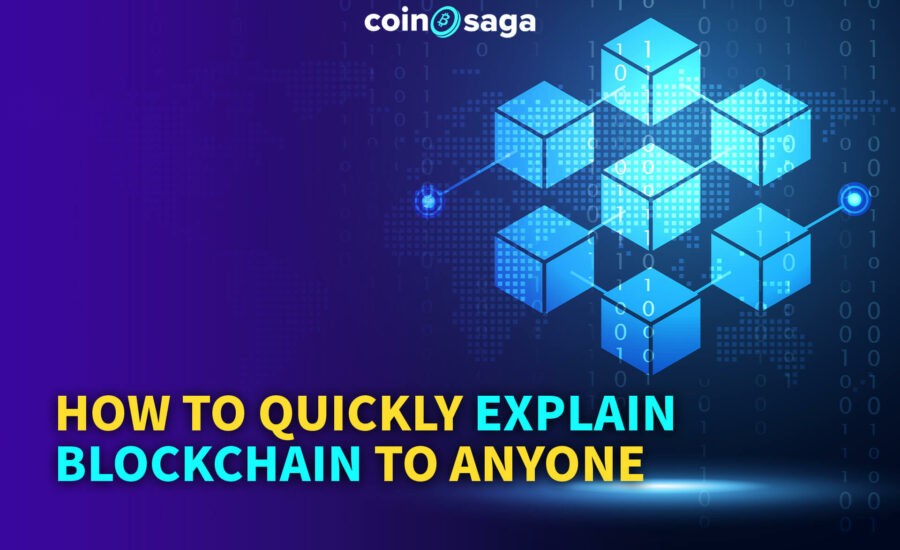 How to Quickly Explain Blockchain to Anyone

You are here because you want to explain Bitcoin and the blockchain to someone close to you. You want to share your enthusiasm and show them how this is the most provably fair form of money. You may have already tried, but were quickly met with very misty eyes and disinterest as you mentioned the words, cryptocurrency and distributed ledger technology.

But don’t worry, we have you covered with this quick and simple guide (with illustrations)

Part 1: It Cuts out the Bank

If you want to make a normal bank transfer between Peter and Paul the sequence goes like this:

If you are feeling adventurous you can mention here that by removing the bank, transfers become faster and cheaper – everyone likes that!

Part 2: Why is there No Bank or Middle Man?

On explaining the first part, your loved one may have asked: How does this work without the bank? If so, they are asking the right questions and well on track. If not, as long as their eyes haven’t glazed over and seem at least vaguely interested – you are ready to proceed.

Now, this is where most explanations usually get a little too complicated for a newbie, so let’s tread very carefully. We understand here that we are not being totally forthcoming, but please bear with us!

A bank is the middle man because it stores all the information. From your bank and personal details, to how much money you have in your account and where you spend it.

With blockchain cryptocurrencies, when Peter sends Paul money a record of this transfer is sent to everyone.

Again, if your loved one asked the question above, give yourself a mental pat on the back, they are doing great. If not, keep soldiering on because we are almost there. It obviously isn’t very safe for millions of people to see that Peter has sent Paul a certain amount of money.

This is why even though it is possible for everyone to see a transaction has taken place. All personal information is encrypted and remains hidden from everyone except Peter and Paul.
This is why they may have heard on the news about criminals trying to use Bitcoin as a way to transfer money without being caught by the police.

Now that your precious bundle of joy understands how a cryptocurrency payment works it is time to explain the blockchain.
When Peter sends money to Paul this transfer is registered in a database (think of a publicly available google sheets document). In this document you can see the transfers before Peter and Paul’s as well as the ones after. However, this document can only store a certain amount of transactions before it is full and we need a new one. Each one of these documents is known as a block. The blockchain is simply the sequence of these blocks in order from oldest to most recent.

If they got this far you may want to go further and explain the Bitcoin confirmation process and/or how it is almost impossible to change or forge information on these blocks. The blockchain is the most provably fair and efficient way for both money and information to be stored and shared. Good luck explaining it!!!