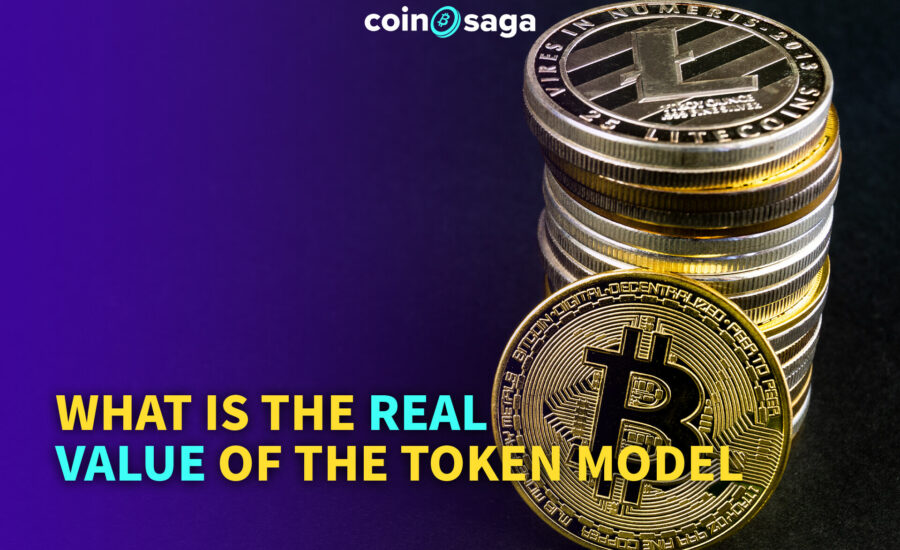 How is the token model achieve the real value of Blockchain?

In essence, the distribution of tokens is a kind of financing behavior. Many projects will come up with various methods for fundraising. With the aim to exchange enough money for the least amount of chips. The donation period is the financing plan of the open-source software, ICO is the public fundraising behavior, and the mixed period is the practice of various fundraising behaviors in the market after the ICO. Many of these financing schemes are telling stories which all come down to the same model – the token model.

The token model is derived from the crypto model, even smart contracts embody the expectations of the token model. In addition, the token can be used as a medium for economic growth dividends and to transfer value. These are generally referred to as the token model in the public chain. As for the relationship between the EOS token and the EOS network, the role of the medium can be simplified to the use of network fees.

The story of the token model can no longer be trusted. Most of the projects under the bear market can’t get good growth in usage, which gives tokens used as a handling fee no room to grow. Investors have lowered their investment expectations to account for this, thus guiding the entire investment market to a question of how to capture value, whether in the primary or secondary market!

The Pain Point of the Token Model

Every blockchain project should like the 2020 US presidential candidate Yang because they give voters a specific, quantifiable revenue expectation: $1,000 per month per person.

The current blockchain projects cannot do this in economic models, especially decentralized projects. The Binance Exchange has set a typical example for the industry. Through its own operations, it can obtain enough profit to repurchase and destroy, and give the token holders a return. The token model seldom thinks about the issue of value capture, and hopes to achieve growth through market expectations, and therefore most projects will fail.

There is also a typical project that started from the alliance chain. The project party can easily obtain some technical outsourcing work because of its technological advantages and industry accumulation (early blockchain outsourcing technology has a high threshold and considerable outsourcing costs). In the company’s income, the company’s volume is increasing, but it is difficult to reflect in the token price. The team is indeed doing things, and the technical capabilities are indeed strengthening, but it has nothing to do with investors. It is a common sorrow in the industry.

The advanced idea is that the project adopts the model of outsourcing income repurchase and destruction, but during this period, it broke away from the on-chain behavior. In the current situation where the blockchain infrastructure is not perfect, off-chain has a big problem. The problem is not unsolvable, it is just not easy to solve at this stage. The blockchain projects that cultivate the Internet of Things have a greater chance of encountering this problem. The Internet of Things requires a large number of real-world machines to deal with it. The machine enters the blockchain and uses tokens to achieve price transfer, which indeed helps the machine increase efficiency, but their value capture is far from being seen.

Many blockchain projects are indeed very helpful to society, but most do not have a value capture model at all, they are purely charitable.

From the bear market to 2019, new blockchain projects are all talking about value capture. In fact, they are about the story of how people invest in a token to make gains. This story sounds very simple, but it is difficult to do, especially with the lack of new users today. People have discussed the issue of value capture in the public chain basically from the application scenario. If the Fee model is essentially similar to the role of direct user isolation, but in addition to the Fee model, the public chain can also do ecological construction. However, all public chains are talking about ecological construction, and competition can be seen to be extraordinary. Up to now, the value capture of public chains is still a big problem.

Application-oriented projects, non-public chains, especially Defi-type applications, are currently profitable models that can be verified. MakerDAO, Compound, and other decentralized agreements have implemented some tax policies, although there is no actual data to calculate profit. According to the current development situation, the increment is expected for future profits. The Stafi Protocol itself is an application-oriented project that has been contemplating deeply about value capture. From the process of providing liquidity, the user is taxed reasonably, and then the tax is fed back to the user, depending on the situation. A more reasonable business model.

This model is similar to the state’s money-tax policy. For example, recently, the state has paid more attention to subsidies for small and medium-sized enterprises, and printed money to support loans with lower interest rates. With the development and growth of small and medium-sized enterprises, they then return the money to the national treasury through income and taxation to realize the real economy.

Repaying the tax profits to the ecology, the development after the ecological relay, and then contributing to the system is a relatively plausible story for the Blockchain investor, which is also a driving force for business thinking. After all, we can’t always live in a circle full of fantasy, then, the blockchain is not big, and the project is not big.

Of course, the business model of the blockchain project will still be innovated. On the way of exploration, I am not afraid of not having ideas. I am afraid that there is no one. Luckily it happens that there are many top talents involved in the blockchain, and this is my continued hope for the future.