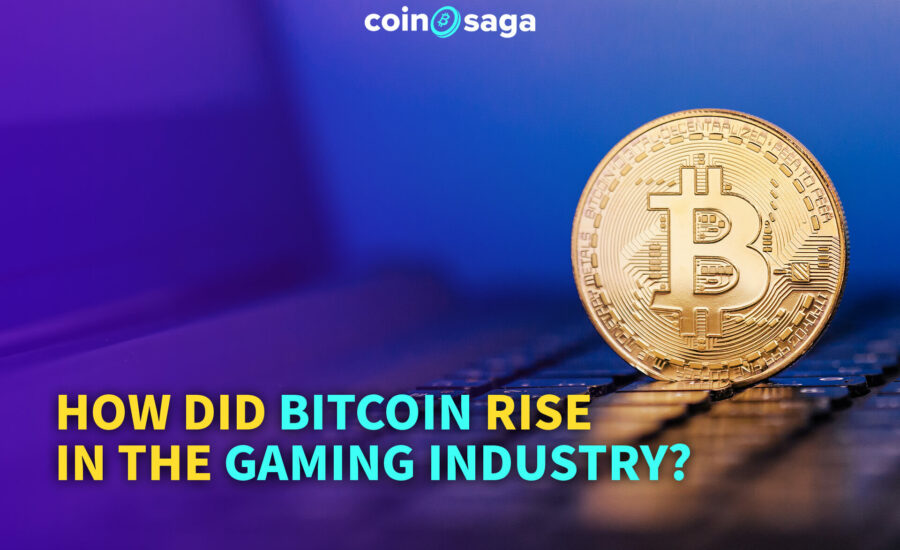 How did Bitcoin Rise in the Gaming Industry?

There seems to be a natural and mysterious connection between Bitcoin and gaming. From the first Bitcoin gaming competition, to Bitcoin becoming an indispensable “hard currency” in the gaming industry, and the new era of DApp gaming. They are still closely connected.

In March 2010, a user named “BitcoinFX” on Bitcointalk, the earliest forum on Bitcoin, claimed that he would hold the world’s first Bitcoin betting (poker) game. Today, poker is still a popular game in Bitcoin gambling, and it is also the “post of the industry”. He wrote on Bitcointalk, “I decided to use Bitcoin to host the contest, and no ‘real’ money will change hands.” “The contest was held at 3 pm Eastern Time on March 20, 2010 … The entrance fee was set to 55 BTC, 1000 BTC in the prize pool. “At the event, four players participated in this Bitcoin poker game. Bitcointalk forum user “dwdollar”, the creator of the first Bitcoin exchange, won the game and took away 600 Bitcoins. Bitcointalk and r/bitcoin moderator “Theymos” ranked second with 325 BTC.

This game opened up a whole new world for Bitcoin. After the first competition, the Bitcoin Forum and IRC took over BitcoinFX to continue to host and promote Bitcoin gaming events.

In July 2010, the Bitcoin Gaming client appeared. At that time, the Bitcoin forum user “FreeMoney” said, “Before the establishment of the Bitcoin poker client, we need to manually transfer all entry fees and bonuses”, which means that the Bitcoin gaming client makes this field more intelligent.

Gaming, in many parts of the world has been a gray area for a long time. Lawmakers do not like people gambling, but they also cannot stop people from gambling. Therefore, they can only intervene in the payment intermediary of the gaming industry, and make gaming payments as difficult and expensive as possible.

In 2016, due to strict credit card regulations, only about 60-70% of online gamblers can use credit cards to make deposits, while another 30-40% were turned away. In 2018, about 80% of online gamblers used credit cards for their first deposit. But only about 50-60% of deposit attempts were successful. This means that nearly half of the people still cannot or do not want to make deposits via credit card. Bitcoin hits the pain points of the gaming industry, with low cost, unregulated, fast, safe, and anonymous payments. Everything Bitcoin wants is what bookmakers want. Therefore, after the birth of Bitcoin, more and more casinos began to accept Bitcoin payments, and many even only accepted Bitcoin. Bitcoin has gradually become an indispensable “hard currency” in this industry.

At the same time, the Bitcoin gaming industry is also developing rapidly. In August 2011, Seal with Club, the first Bitcoin poker site, was launched. In April 2012, Rik Voorhees launched the oldest Bitcoin gaming site, Satoshi Dice. It is reported that in just a few weeks, the transaction volume of the site even reached half of the transaction volume on the Bitcoin chain. But then Erik Voorhees announced the sale of the Satoshi Dice website to an anonymous buyer for $11.5 million, and the sale became the first acquisition in the history of Bitcoin.

By 2013, the Bitcoin gaming industry had grown rapidly into a multi-million dollar industry. Gaming broke into the territory that originally belonged only to programmers. Relative vacancies in law and regulation at the time also contributed to the development of the gaming industry. At that time, Bitcoin Magazine issued anonymous questionnaires to more than 60 Bitcoin gaming sites. Although only 15 copies were returned, other questionnaires gave the public a first glimpse of the overall picture of the Bitcoin gaming industry. Among them, five Bitcoin betting websites had a total profit of 500 to 10,000 BTC after launch, which was equivalent to $61,000 to 1.22 million at the time. One of the largest gaming sites, “Satoshi Dice”, has been in operation since its launch, and its total profit reached 51,000 BTC, which was valued at about $6.22 million. Of course, although some websites had a bleak business outlook, most websites are still quite profitable, and even earn a lot of money.

After 2014, the industry still expanded rapidly. In February 2014, Bitcasino.io obtained a business license issued by the Curacao Gambling License Administration. Crypto Games was officially born in August, which marks the beginning of Bitcoin and altcoin betting. Although the regulatory authorities warned and strengthened the supervision of the Bitcoin gaming industry during this period, many companies became legal gaming companies.

In October 2016, Netbet became the first online gambling operator accepting Bitcoin payments to be licensed by the UK.

In 2017, the gaming industry almost completely accepted Bitcoin, and today the Bitcoin gaming industry is still active. Looking at the top 10 legal gaming sites today, 5 of them support Bitcoin payments (Source from: https://Goodcasinos.org).

DApp betting games have been developed since 2018 and began to erupt shortly after, becoming a “new sacred place” for betting games. Among the types of DApps, DApp gaming is by far the most interesting and popular. In July 2018, the DApp game Fomo3D, which was born on the Ethereum network, ignited the speculative enthusiasm of all crypto participants. More and more games began to blow up, but they were all short-lived. Users believe that gaming makes the future of DApps bleak and hopeless. However, the reality and main theme of DApp is still gaming. This type of DApp is most lively on the EOS and TRON networks. The proportion of gaming DApps on EOS and TRON has been as high as 70% and 90%, respectively.

The future may be gambling on the blockchain. The current use of cryptocurrencies for gambling is becoming more and more popular in casinos. It can be used as the main payment system or as a substitute for a legal-based payment system. And the blockchain can ensure transaction transparency, high efficiency, and can reduce the cost and expense of transactions. The most important thing is that its anonymity greatly protects the privacy of users. If the blockchain is used in game design, it can also make the game more fair, transparent, and fun.