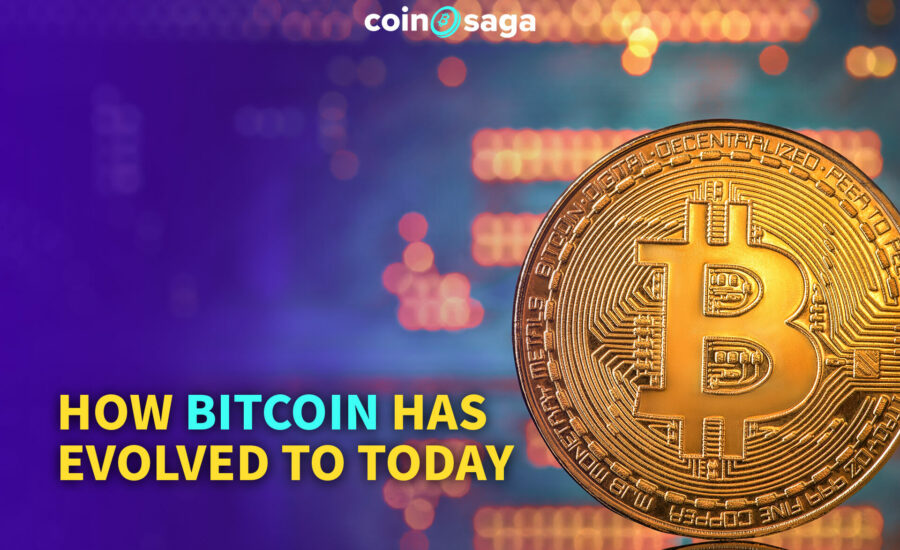 How Bitcoin has Evolved to Today

Let’s take a look at Bitcoin prices and how it developed from having zero-value to a product worth more than 100 billion US dollars today.

The price of Bitcoin at the beginning was zero because it was not linked to fiat currency and assets, and it was completely a technological toy and product. People were interested in mining, and there was even no circulation at the beginning. As more people became unable to mine, Bitcoin began to appear as something to buy and sell. We can see some early websites where people began to buy and sell Bitcoin, which gave it an initial price. Although these first transactions were decentralized sales, Bitcoin had to have a price.

The emergence of trading platforms was entirely spontaneous. At first, they were used as a tool to facilitate trading, and as more and more traders participated, Bitcoin began to become a financial product. In short, the centralized trading platform has played an important role in Bitcoin pricing. Another influential factor that played a key role in Bitcoin pricing was the emergence of transaction media.

Initially, traders bought and sold Bitcoin through fiat currency exchange through banks. The banks soon found that such transactions violated relevant regulations and stopped offering the services. This forced the emergence of the available trading medium USDT in the cryptocurrency field. The emergence of the stablecoin USDT is claimed to be a one-to-one ratio of digital products that can be exchanged for US dollars and circulated globally. This transaction medium brings convenience to Bitcoin transactions. Different assets can be exchanged for the stablecoin to conduct Bitcoin transactions. It has become a consensus that the USDT issuance directly affects the price of Bitcoin. The increase in issuance will certainly lead to an increase in the price of Bitcoin. The increase in the issuance of other stablecoins will also directly affect the price of Bitcoin.

In particular, the emergence of compliant trading platforms will greatly affect the price of Bitcoin. We know that most of the world’s assets are in the hands of institutions. If institutions do not enter the market, it is difficult to guarantee liquidity, and it will not form a continuous price increase or a large market value. With the emergence of compliant trading platforms, institutions invest and trade Bitcoin in the form of investment funds, and large-scale assets flow into Bitcoin, which is a very critical factor.

The fundamental factor that determines the price of Bitcoin is regulation, which is a relevant measure for Bitcoin in various places. Bitcoin actually appears as a product that competes with existing fiat currencies. Satoshi Nakamoto was dissatisfied with the financial crisis at the time and believed that the over-issuance of currencies caused by the improper management of fiat currency generation and circulation mechanisms led to financial and economic crises. As an alternative to fiat currency, Bitcoin can better serve as a transaction medium than existing fiat currency and is a better financial product. Bitcoin, which appears as the antithesis of fiat currencies, will certainly be subject to restrictions and crackdowns, namely, the central banks and government agencies that issue fiat currencies.

If we look at the development of Bitcoin in the past few years, it is easy to conclude that it is not the internal factors that determine the direction of Bitcoin prices, such as the failure of exchanges, fraud, or halvings, but the global scope. The regulatory policy on Bitcoin in jurisdictions has directly affected Bitcoin trends.

Last, but not least

As an investor, what matters most is price rather than how to use it. Whether it is a direct causal factor or an indirect factor that works together with other factors, the most important factor is what causes the price to change. From this point of view, a large change in fiat currency will certainly result in a large change in Bitcoin. Bitcoin investors can pay more attention to this point.