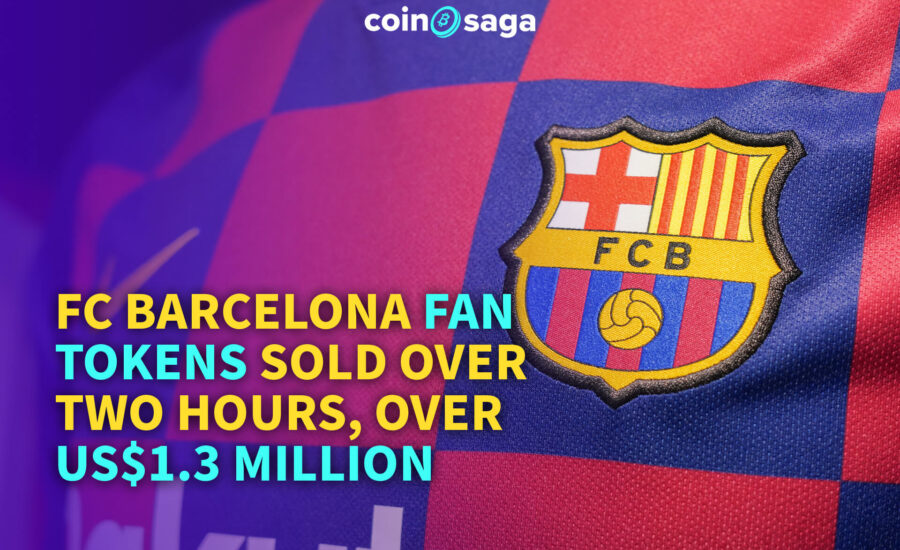 Users can get BAR tokens again after 19:00 on June 24 (Wednesday), but the price will be determined by market supply and demand.

Fan tokens are a type of equity tokens that can provide fans with voting rights. By holding fan tokens, users can participate in club voting decisions and have the opportunity to win real-life and digital rewards, such as access to a VIP room to watch the games, face-to-face meetings with the stars, vote on club matters, and so on.

Now that the fans have been able to use BAR token to participate in the first FC Barcelona vote, they will select a design carefully created by the fans for the Camp Nou dressing room. FC Barcelona has started to focus on social media since June 8th. BAR token holders will be able to participate in different votes each season on Socios.com, get rewards, and improve their own ranking on the app.

The leaderboard feature will be launched soon on Socios.com. Users can improve their ranking in the app by interacting with the club and can compete with each other to become the number one local fan. In-app chat and other game features will also be launched on Socios.com in the coming months.

Chiliz and Socios.com CEO Alexandre Dreyfus said: “We have received very positive responses. When the BAR token returns again on Wednesday, we believe it will be warmly welcomed by fans worldwide.”

“Socios.com has been online for more than 6 months, and already many fans have received benefits by holding tokens. We will provide fans with unprecedented opportunities for contact with the club and unforgettable experiences for life.”

“Football is a global sport, and the support of fans goes far beyond the stadium. 99.99% of the supporters of the world’s top clubs are not in the stadium-we speak only by data. BAR tokens are sold in 106 countries is strong evidence.”

“The blitz sale ended within 2 hours, which allowed the global sports community to understand the size of fan tokens and the huge potential of global fan participation.”