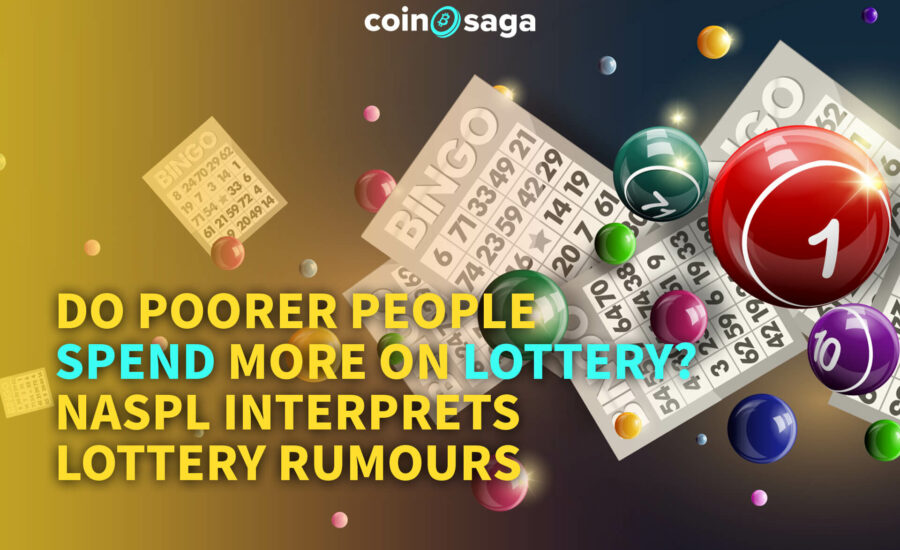 Rumors and misunderstandings about the lottery have never stopped. Recently, the North American Association of State and Provincial Lotteries (NASPL) used some basic facts to refute some of the most common misconceptions and rumor about the lottery industry to reflect recent research results and new developments in the industry. The following are lottery rumors revealed by lottery PR experts in Idaho, Iowa, Kansas, Kentucky, Maryland, Michigan, Minnesota, Tennessee, and Virginia. These rumors are also common in many other countries. After reading this article, Coinsaga hope that more people will be able to see lotteries for what they truly are.

Misconception 1: The lottery is a tax.

To support the government, tax is mandatory. Citizens have no choice but to contribute to national taxation through mandatory taxation and other customs duties. In fact, if they do not pay taxes, they may go to jail.

Some people think that the lottery is a hidden tax because it has high management costs and less efficient fund-raising. Lottery revenue is used for education and other state-sponsored programs just like other taxes. The lottery is just a form of entertainment that happens to benefit your country.

Misconception 2: The majority of lottery tickets buyers are low-income people.

People from all different industries and income levels like to play the lottery. Throughout the United States, in 2019, players purchased more than $83 billion worth of traditional lottery products. Obviously, the lottery industry has not achieved sales of this size by focusing solely on low-income players.

Like any other company that sells products in a competitive market, lotteries sell games to society as a whole. The result is that participants come from various income levels. A recent study in Virginia found that 55% of people who play the lottery at least once a month earn $55,000 or more; one-third earn $85,000 or more. In Michigan, 43% of players earn $50,000 or more, and 75% of players earn $25,000 or more.

Misconception 3: If there is no winning, buying lottery tickets is meaningless, and because there are relatively few winners, almost no one really benefits from the lottery.

All residents can benefit from the lottery in their own local area or region, and countries are very clear about how lottery money is used. All income is used for important public welfare undertakings such as education, economic development, veterans, tourism, the environment, and elderly care. Without lottery tickets, US states would have to collect taxes for these programs.

In the United States, on average, for every dollar spent on traditional lottery tickets, the beneficiaries get 25 cents. Not only that, but about 64 cents out of every 1 dollar will also be returned to players in the form of prizes! Of course, not everyone can win the jackpot, but millions of players win prizes every day.

Misconception 4: Lottery agencies make and retain all the money.

On average, about 95% of the funds generated by traditional American lottery games go directly back into the national economy through prizes, commissions from public beneficiaries, and retailers. Although each jurisdiction is different, the entire lottery industry returns an average of 64% of bonuses to players, 25% to public beneficiaries, and 6% to retailers. The rest supports the provision of direct and indirect employment and other benefits.

Lottery proceeds provide funding for different programs according to the guidelines of each jurisdiction, and are dedicated to various public welfare activities, including education, environment, medical care, capital construction projects, elderly programs, cultural activities, etc. According to NASPL, in the 2019 fiscal year alone, the US lottery generated more than $25 billion in revenue for beneficiaries.

Misconception 5: Compulsive gambling has increased due to the lottery.

First, there is little evidence that there is a link between the lottery and problem gambling. The problem gambling hotline throughout North America reported that few people cited the lottery as the source of their problem. When the University of Minnesota treated 944 gamblers, it was found that less than 1% of people considered the lottery as their preferred game. The National Gambling Behavior Survey conducted by the National Center for Public Opinion Research at the University of Chicago concluded: “It seems that the lottery does not affect the prevalence of (problem gambling).” A study of 2,274 American teenagers found, ” The most relevant forms of gambling-related to gambling problems are card games, casino gambling, and betting on skill games such as basketball, billiards, or golf. “

Furthermore, there is little evidence that compulsive gambling from any source is growing. A 2014 study conducted by the Addiction Research Institute at the State University of New York at Buffalo comparing a national survey conducted in 1999 and 2013 concluded that “the ratio of pathology and problem gambling remains stable … although it’s expanded, but it still happened during this period of legal gambling and the relaxation of gambling laws.” A study prepared for the Ontario Ministry of Health and Long-Term Care reviewed the prevalence of problem gambling around the world. The survey concluded: “Since the end of the 1990s, North American gambling and problem gambling rates have been showing a general downward trend.”

In the lottery world, some misunderstandings have spread widely. How many of these have you heard? We welcome you to leave a message below to join the discussion with Coinsaga.