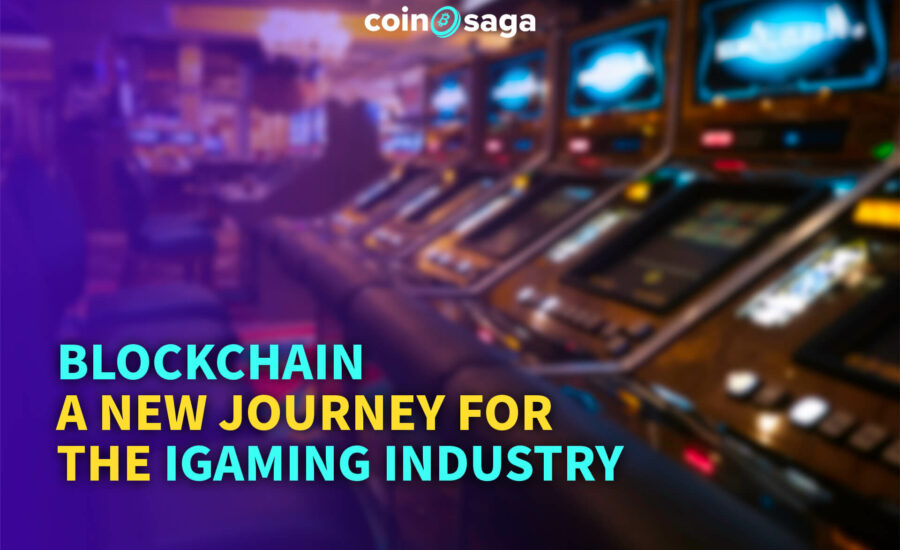 Blockchain – A New Journey for the iGaming Industry

From playing “paper-scissor-stone“ to decide who will do the washing-up to Wall Street, constantly creating thousands of investment vehicles. If the world is free of human gambling, companies will not be able to raise funds in the secondary market, finance will lose its balance, and the business consensus of human society will collapse.

In fact, the definition of the word “gambling” is the choice faced by human beings in dealing with problems in the long evolutionary history, and the usual solutions to life or death problems, when the conditions are unknown.

For example, in the pristine tropical rain forest, hungry for two days, prehistoric humans David and Jack found a banana tree in the bushes. The tree was full of bananas and the fruit was understandably attractive to the pair. Unfortunately, there was one huge Gorilla asleep by the banana tree. At this moment, prehistoric mankind was faced with a choice.

B: Give up on the bananas here and continue to look elsewhere.

The consequences of A are:

The consequences of B are:

Regardless of the choice made, in a fleeting amount of time, the known information is imperfect, regardless of physical strength, running speed, Gorilla ‘s sensitivity, Gorilla ‘s explosive power, nearby food discovery possibilities, and so on. Obviously, it is impossible to rely on rational analysis to calculate all the potential implications of an action. At this moment, the primitives David and Jack urgently need to gamble to make a decisive choice and execute immediately when the conditions and the results are unknown.

A possible result shows that David’s gambling is more sufficient. He decisively chose to steal the banana from the Gorilla and get enough food, and Jack`s gambling is slightly weaker, he gave up and moved on to find other food but failed and starved to death – the “gambling” gene won the competition!

Gambling as entertainment and the rise of iGaming

With the progress of society, humans started to diversify in their means of solving problems. When facing problems, they no longer needed to rely on “gambling” genes to make choices. However, the “gambling” gene is still hidden in the human body, so with the continuous improvement of human life, it has slowly transformed into entertainment, and has evolved into various diversified entertainment games such as poker, mahjong, race betting, sports betting, etc, becoming a leisure activity. Initially limited by technology and region, the gambling method was monotonous, and the audience was mainly concentrated in small areas such as cockfighting, dogfighting, poker, mahjong, etc., and the location was generally based on a local meeting point, such as a cockpit, mahjong hall or casino.

With the rapid development of global electronic communication and Internet technology, the traditional gambling industry has also extended to a new gambling method, online gaming! It moves traditional betting games online, breaking the geographical constraints, spreading the scope wider, and developing faster. At the same time, with the continuous development of computer programming, its game mode is also constantly novel, making the attraction of iGaming not only limited to monetary interests, but entertainment interest has also become one of the important factors. These factors have led to great developments in iGaming. According to incomplete statistics, the market value of the global gaming industry reached US $55 billion in 2019 and is expected to reach $85 billion in 2025.

Although the iGaming industry does have great potential, we must also see its shortcomings of which there are two main points:

Since iGaming is a new form of gambling, whether iGaming is legal or not depends on a country’s attitudes. For example, Malta and the Philippines are open to the iGaming industry; there are also countries that prohibit iGaming, such as Thailand and Japan. In addition, there are different ways to treat the gambling industry in different regions within the same country. For example, mainland China prohibits any form of gambling, but in Macau, China, the gambling industry is the pillar industry of the local economy; For the opening of iGaming across the board, early US law had always restricted the development of online gambling, but in 2013 the three states of Delaware, Nevada, and New Jersey broke through this restriction and legalized iGaming in the form of legislation.

At this stage, iGaming is still a centralized industry, which makes the possibility of manipulation infinitely magnified, resulting in the iGaming industry always being accused of fraud and cheating by players and casino managers. Since 2011, in the United States alone, dozens of iGaming sites have gone bankrupt or been ordered to close by the authorities. So far, millions of dollars of users` deposits have not been refunded. As the interest of players continues to increase, there are a few options. They can risk depositing funds into these centralized gaming platforms, which cannot be guaranteed in terms of privacy, fairness, and security. Or try Coinsaga – a decentralized and transparent online casino based by the blockchain to provide to the ultimate iGaming experience, including the best security and privacy protection.

No matter how the development of iGaming goes it cannot avoid the crux of “trust”, this is the biggest disadvantage of iGaming. In a traditional centralized iGaming platform, in order to ensure their own benefits, the dealer may conduct various black box operations and other behaviors, such as:

The arrival of the blockchain

Summarizing the above two drawbacks, It is precisely because of the various drawbacks of the centralized model that lead to the unhealthy development of the iGaming industry, in turn, if there is a technology that can remove centralization`s drawbacks and ensure the safety of funds and the fairness of the game process, then this should be used.

At present, the disadvantages of the iGaming industry are divided into three aspects: the failure to ensure the privacy of personal information, the fairness of the game process, and the security of deposited assets. The blockchain can solve all three of these shortcomings.

Coinsaga believe that the blockchain is the future. And we are committed to keep developing integration of the blockchain and iGaming, in order to provide the ultimate iGaming experience to our faithful players!