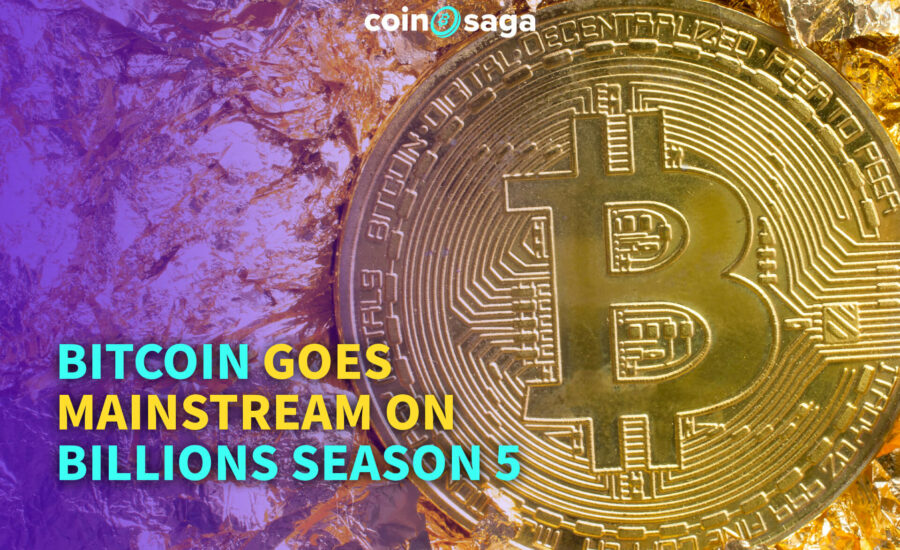 The fifth season of the American drama “Billions” began on May 3rd. In the show, a new round of “politics and money confrontation” on Wall Street begins with the seizure of a Bitcoin mining farm. Coincidentally, coming just before the halving of Bitcoin in real life.

Bitcoin has attracted public attention because of its wealth effect, and the Bitcoin element in film and television has undoubtedly increased its popularity. Not only “Billions”, the American dramas “Silicon Valley” and “Startup” have also had Bitcoin elements in their plots, “Big Bang Theory” even has a special episode following the protagonists as they try to find their early mining hard drive. In the Chinese drama “Era of Entrepreneurship”, there is also a section of “hiring a hitman” with Bitcoin.

In recent years, Bitcoin has been referenced more and more in movies and TV shows. According to rumors, Xu Mingxing, the founder of the digital asset trading platform OKCoin, found out about Bitcoin only because he watched the American drama “Awesome Wife” and gradually started his own business.

The popularity of Bitcoin continues to rise, but in the more than 12 years since its birth it has been unable to shake off its association with crime due to anonymous transactions, and the waste of resources due to mining fees and electricity, etc. Bitcoin is also often portrayed in these ways in movies and dramas.

The new season of the American drama “Billions” has started. The “Federal Prosecutor” Chuck shut down a Bitcoin mine with his subordinates, the mine is related to “Wall Street hedge fund giant AEX “, and the plot of a new round of fighting between the political-legal circles.

In the fifth season of “Billions”, two episodes have been broadcast so far, and the review score soared to more than 9. While the show was being broadcast, until the mine was shut down, there were also popular comments that “This is mining Bitcoin”.

A fan who knows the Bitcoin mining market was worried about billionaire protagonist Bobby Axelrod: AEX’s mine is losing money. The fan listed the mining machine price, rated computing power, electricity price, and other mining parameters in the plot on the movie review website and compared it with the real-world situation “AEX lost $4.8 million in electricity in a month. “

His worries may be a little redundant because the mine is stealing electricity in the show. As Chuck said to the two mine operators who were arrested, “You steal electricity to mine and cause electricity consumption in New York to rise. The government has to pay tens of millions of dollars to buy electricity, which requires taxpayers to pay.”

The later dialogues between the two sides also present a kind of old-fashioned talk about Bitcoin supporters and opposition parties in reality:

Chuck: You used so many computers and servers to solve some abstract mathematical equations. What did you find? Bitcoin? Now worth millions, backed by what?

Operators: Since we gave up the gold standard, what is the US dollar backed by?

Bitcoin has been with us for 12 years now, yet this discourse concerning the value of Bitcoin remains. Interestingly, the new season of “Billions” began when a Bitcoin mine was shut down, just in time to catch the wave of the halving, a popular topic in the cryptocurrency community.

It is not unexpected that “Billions” refers to Bitcoin. After all, this is an American drama that describes New York’s hotly contested political and business circles in which money is fought for. Which billionaire will not pay attention to the wealth creation myth of Bitcoin? After all, even the CEO of JPMorgan Chase who once dismissed Bitcoin as “worse than the tulip bubble” in the early days, failed to stop his company from providing banking services for the Bitcoin trading platform recently.

Bitcoin was mentioned even in its early days. According to rumors, Xu MingXing learned about Bitcoin in the third season of “Awesome Wife”, which aired in 2011. After watching the show he went on to found the OKCoin crypto exchange platform and is now a billionaire.

It is true that every sharp rise and fall of Bitcoin in recent years has been a popular topic of discussion on social media. The wealth effect of related prices is always a prominent factor that attracts the attention of the general public. Mainstream news regarding Bitcoin almost always relates to illegal transactions on the dark web and the way in which electricity is wasted. Not long ago,  the income of the suspects in the notorious “The Nth Room Case” was also Bitcoin.

Therefore, as Bitcoin appears more and more frequently in film and television dramas, wealth and crime have become its inescapable plot.

In film and television dramas describing technology entrepreneurship stories, such as “Silicon Valley” and “Startup”, where the value of Bitcoin and other cryptocurrencies are more relevant. Bitcoin, its encryption properties, and output methods are different from real-world people’s understanding of the financial system and virtual world. Fortunately, with the continuous expansion of Bitcoin’s popularity, the blockchain concepts and technologies are entering into our daily lives and gaining attention at the highest levels of governments, finance, and business. This is perhaps one of the most meaningful contributions that Bitcoin has brought to the current era.