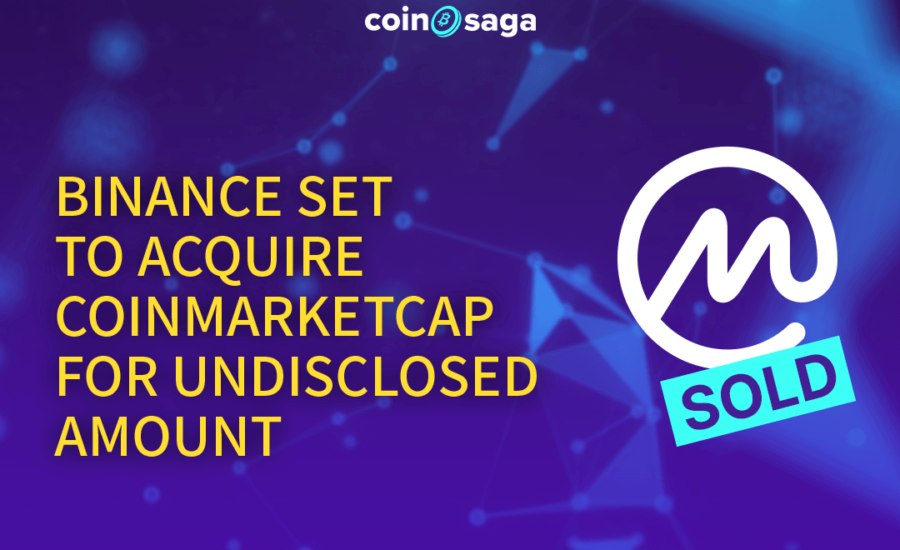 The tier 1 cryptocurrency exchange by market volume has acquired the popular data site CoinMarketCap (CMC) for an undisclosed price, the companies have announced Thursday. Binance CEO Changpeng “CZ” Zhao told the media the deal closed March 31, although a verbal agreement had been reached “a few months ago.”

With its extensive data on prices, volumes and other metrics for 5,290 cryptocurrencies, CMC has served as a magnet for retail investors since its launch in 2013.

Binance CEO Zhao talks about CMC “It’s a really good website and I think we can help grow it further,” adding that he had no immediate plans for CMC. Zhao said the domain will remain independent from Binance under a holding company, perhaps staving off concerns over potential conflicts of interest.

Crypto experts see a future where CMC could serve as a marketing channel for Binance, steering prospective customers toward the exchange. Zhao, on the other hand, characterized it as a simple, albeit large, purchase of a cash-flow positive asset.

The acquisition might be the largest deal in the crypto industry so far, according to earlier this week, Crypto media the block reported the acquisition was in the works, and put the price tag at $400 million in cash and stock options, citing unnamed sources.

“CMC was not for sale,” CMC interim CEO Carylyne Chan said in an interview. “Opportunity came along.” (Chan now joins Binance.US CEO Catherine Coley as one of two female chief executives running firms connected to the exchange in a historically male-dominated industry.)

It’s easy to see, then, why CoinMarketCap’s status as the first landing page for retail investors would be attractive to Zhao despite his past criticisms of CMC for its data quality. Some crypto experts feel that CMC sits in an awkward spot after its acquisition.

After acquiring several firms last year, Binance CEO Changpeng “CZ” Zhao has now said that some more “major” strategic acquisitions are in the works for 2020.

“We always have a number of strategic acquisition discussions in the works, a couple of them are major and will have a significant impact. We will announce it in due time,” said CZ, in his first letter to the Binance community, published Thursday.

The letter describes Binance’s 2019 developments, including staking, futures trading, new fiat gateways, and acquisitions, among others.

CZ said Binance made “no less than 9 full acquisitions in 2019,” but only a few were announced publicly. These include – blockchain data startup DappReview; Indian cryptocurrency exchange WazirX and little-known Seychelles-based derivatives platform JEX.

“There are always a number of deals being discussed at any given time, and there are 2 that I am very excited about specifically, said CZ.

Coinsaga shares the same vision as Binance, which is to increase the freedom of money globally. We believe that by spreading this freedom, we can significantly improve many lives around the world! That’s why we are dedicated towards making Coinsaga as a purely crypto casino to provide all the possibilities to our loyal players!